BBD on must-stop shops in Philly 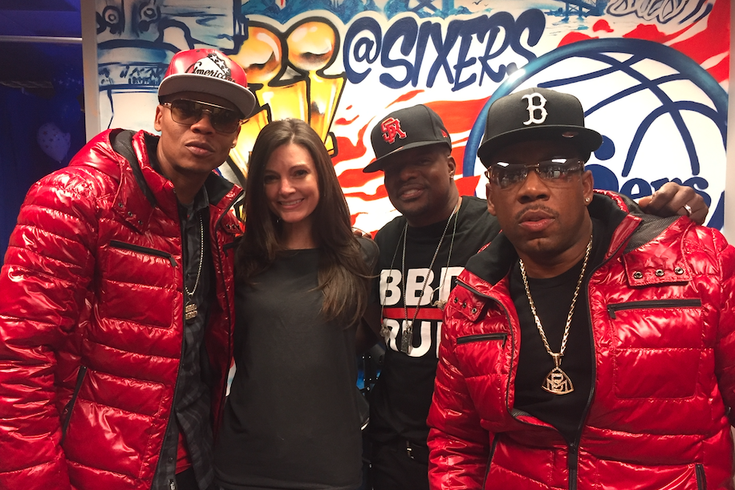 Where do hip-hop veterans Bell Biv DeVoe go when they come to Philly? Why, they’ve got to hit up a Mitchell & Ness, a Hard Rock Café, and whatever “the coolest beat bar” is in town, they said.

The boys from BBD spoke with PhillyVoice the night before they played the 76ers Halftime Concert Series this past weekend and performed their four-time platinum hit, “Poison,” which kept few in their seats for the chart-topping favorite.

Even though the Orlando Magic beat the Sixers 105-88, it didn’t quash the energy inside the Wells Fargo Center Friday night for the fans who came out to see the hip-hop legends make a comeback.

“We’re like Superman and Clark Kent…we’re putting on a whole new act,” said Ronnie DeVoe, one of the original members of BBD and New Edition, the group from which BBD spawned.

“It’s a good thing to be able to be in an industry and profession that we love. We try to get to Philly at least once or twice a year – for the past 30 plus years that we’ve been in the music industry. Bell Biv DeVoe and New Edition – we come hard. We come strong!”

DeVoe and fellow BBD rapper Michael Bivins thanked the Sixers and the NBA for giving them the opportunity to host the halftime show. The “Poison,” “Do Me!” and “BBD” artists performed as the first of four Friday night acts headlining for the Sixers Halftime Concert Series, going on now through March 17, and presented by Coors Light.

“Poison is one of those classic records that stands the test of time,” said Bivins.

The group is preparing for the launch of their first track in 15 years – “Run,” with a full music video. It is the first single off their forthcoming album, “Three Stripes,” set to debut Jan. 27 at midnight.

The Sugarhill Gang will perform “Rapper’s Delight” and “Apache” during halftime at the Sixers’ home game on Jan. 20 versus the Portland Trailblazers. Nina Sky will sing “Move Ya Body” on March 3 when the team plays the New York Knicks, and Biz Markie will perform “Just a Friend” when the Sixers play the Dallas Mavericks on March 17.

During the 2015-16 Sixers Halftime Concert Series season, fans were given shows by Montell Jordan, Jordin Sparks, Naughty by Nature, Tag Team and Cupid.