'Bel Air' to premiere on Peacock on Super Bowl Sunday 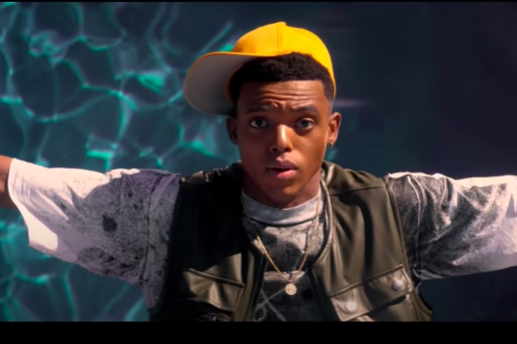 Jabari Banks stars in "Bel Air," the one-hour dramatized reboot of iconic 90s sitcom "The Fresh Prince of Bel Air." The show will premiere on Feb. 13, 2022 on Peacock immediately following the Super Bowl.

Coverage of Super Bowl LVI will begin at 1 p.m. on Feb. 13 on NBC, Telemundo, and Peacock. For those using Peacock to stream the game, coverage of the Super Bowl will immediately spill over into the world premiere of "Bel-Air."

Produced by Will Smith and Jada Pinkett Smith's joint Westbrook Studios, the show will star West Philly resident and newcomer Jabari Banks in Smith's iconic role. The one-hour series will play off of some of the original roots of the show, and will provide a "dramatic take" on its premise: Will's journey from West Philadelphia to Bel Air.

"At its heart, 'Bel-Air' is a coming-of-age story that celebrates the strength and love of the Black family," showrunners T.J. Brady and Rasheed Newsom said in a statement on the series' premise. "It's been incredible to bring these iconic characters to life when you tap them into the cultural pulse of our time."

When you go from fan to director of our newest drama in a matter of 2 years >>> https://t.co/URXzV4FZyU


A one-minute teaser trailer was released just ahead of Thanksgiving. In it, Smith narrates a dramatic reading of the sitcom's iconic theme song, while Banks floats in water, falling into a makeshift throne with a crown on top of his head. Other cast members include Adrian Holmes as Phillip Banks, Olly Sholotan as Carlton Banks, Coco Jones as Hilary Banks, Cassandra Freeman as Vivian Banks, Akira Akbar as Ashley Banks, and more.