Will Smith will be an executive producer on the show 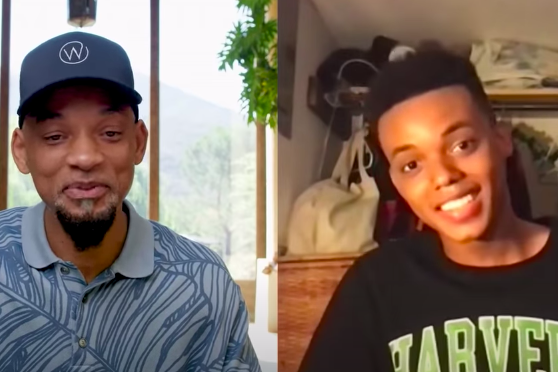 Will Smith announced that Jabari Banks will play the role of Will in the 'Fresh Prince of Bel-Air' reboot titled 'Bel-Air.'

West Philadelphia's Jabari Banks will play Will in the dramatic reboot of "The Fresh Prince of Bel-Air," Peacock announced Tuesday.

The show, titled "Bel-Air," will reimagine Will's journey from the streets of West Philadelphia to the gated neighborhood of Bel-Air in California. The show will be updated from the '90s sitcom to a gritty TV drama.

The newcomer, who currently lives in West Philadelphia, heard he was taking over the role during a video call with Will Smith himself, who played the character in the original series.

"What's up, Philly? What's up, Philly?" Smith said in the video call. "It is an absolute pleasure to meet you and from the deepest parts of my heart, I want to say congratulations to you. You have the role of Will on 'Bel Air.'"

Banks is relatively new to Philadelphia. Social media shows he grew up in Georgia and went to Maryland for high school before graduating from the University of the Arts in Philadelphia in 2020.

Banks is a jack-of-all-trades and is an actor, songwriter, singer, rapper and basketball player. He is fresh to the entertainment scene, as this will be his first major role.

"Thank you so much," Banks said when he heard the news. "This is a dream come true… I'm so grateful, this is incredible."

Banks said he's been a longtime fan of the show and even "begged" his friends to dress up as characters when he was in high school.

The reboot was created by "Fresh Prince" fan Morgan Cooper who created a trailer in 2019 for a dramatic movie about Will's journey to Bel Air.

"Like most '90s kids, I grew up watching 'Fresh Prince.' Even as a kid, I always thought there was more to the story... so I decided to make this," Cooper tweeted at the time.

In 2020, the concept became a reality and NBC ordered two seasons of the show to stream on Peacock in 2021.

Smith is set to executive produce the show alongside Cooper, who will be director and writer of the show. Original "Fresh Prince" producers Quincy Jones and Benny Medina and creators Susan and Andy Borowitz will be working on the project, as well.