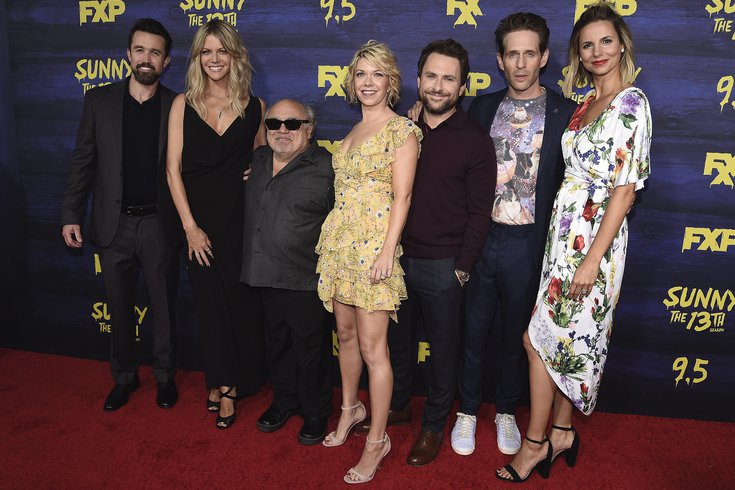 The cast of 'It's Always Sunny in Philadelphia' is at work on the 15th season of the FXX series. A curious casting call from Ireland suggests Frank Reynolds, played by Danny DeVito, might be spending some time in Ireland.

The last time we saw new episodes of "It's Always Sunny in Philadelphia" was in the fall of 2019, when Season 14 aired in the months before the coronavirus pandemic turned the film and television industry upside down for a while.

Historically, the FXX series has premiered seasons in the fall, but the production schedule for Season 15 would make that an optimistic timeline.

There have been plenty of teasers about the approach of Season 15, however, including series co-creator Rob McElhenney sharing photos with cast members and proclaiming that the new episodes "will be all about this bull***," presumably referring to the pandemic and political chaos of the last year.

McElhenney also recently shared a TikTok from the set at Paddy's Pub, where he was dressed in commando gear and held a script for Episode 1 bearing the title "2020: A Year in Review."

All of this suggests we're getting closer to the show making its much-anticipated comeback, hopefully sooner rather than later.

But there may be a special surprise in store for Season 15 — like, the Gang goes international?

IrishCentral, a news website based in New York and Dublin, shared a curious tidbit last week about a possible appearance of "It's Always Sunny in Philadelphia" in Ireland.

The website referenced a casting call posted on MovieExtras.ie, which is one of Ireland's top agencies for film, TV and commercial opportunities.

The casting call, posted on Aug. 25 for a filming date on Aug. 29, reportedly said, "Urgent - Danny DeVito Double needed for 'It's Always Sunny in Philadelphia.'"

Yes, 'It’s Always Sunny in Philadelphia' are coming to Ireland! And we need a Danny DeVito Double.

Shooting is this Sunday 29th Aug. and the location is Dublin.

Height: 4 ft 5, Large, Waist pant 41. If you know anyone that could work, please share, this is paid work.

Let's begin with the fact that searching for a Danny DeVito lookalike is a cosmic endeavor. The thought of it is far-fetched enough that one could be forgiven for thinking the whole thing is a prank.

But assuming that a Danny DeVito double could be found, the need for one isn't too far-fetched. Apart from the remote location requiring international travel, DeVito has not always had the best experiences with stunts on "It's Always Sunny in Philadelphia." Charlie Day memorably shared a story with Conan O'Brien about how DeVito almost drowned on set.

In "The Gang Goes to Hell: Part Two," the Season 11 finale, DeVito and the rest of the Gang get trapped in the brig of a sinking cruise ship after disgracing themselves into confinement.

At the end of the scene, as the rest of the cast got out of the water, the "incredibly buoyant" DeVito struggled mightily to make his way out, Day recalled.

"He was going nowhere and had this look of panic in his eyes like, 'This is the end, these guys killed me,'" Day said.

You can kind of imagine DeVito, now 76 years old, telling McElhenney and Day, in character, "I've had enough of this s***," and demanding all of his stunts be handled by doubles from here on out.

Unfortunately, there weren't many more details about what kind of role the DeVito double would be playing, and the MovieExtras.ie casting call has since been taken down.

McElhenney, who now owns the Welsh Wrexham AFC soccer team with Ryan Reynolds, has more reason to be overseas now than he did in the past. And as IrishCentral pointed out, McElhenney visited Ireland in 2019 and may have been inspired to film there.

How the Gang — or just DeVito — would wind up in Dublin is part of the great mystery we'll have to wait until Season 15 arrives to find out.