Ben Franklin was joking when he suggested Daylight Saving Time 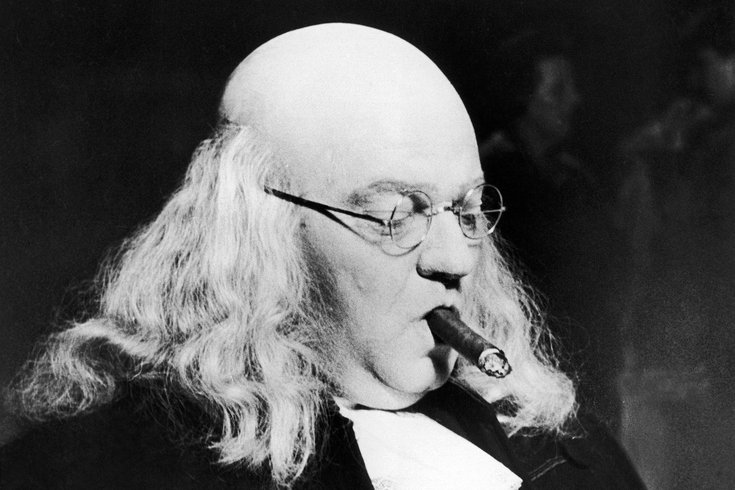 Actor Orson Welles smokes a cigar and reads his role of Benjamin Franklin between scenes of the historical film, “La Fayette,” being made at Nice, France, March 12, 1961.

In case every news anchor on your television screen telling you to "spring forward" hasn't been enough of a reminder, Sunday marks the start of Daylight Saving Time, a bizarre routine in which most Americans' iPhones automatically steal an hour of sleep from them.

The act of moving the clock an hour forward in an effort to save time in the sun during the warmer months is almost always credited to Philadelphia's most famous son, Benjamin Franklin.

Here's the thing: when Franklin wrote to Paris about "diminishing the cost of light," he wasn't being serious. He was making a joke.

The letter Franklin wrote anonymously to Parisians about making better use of daylight was satirical. Per The History Channel:

By the time he was a 78-year-old American envoy in Paris in 1784, the man who espoused the virtues of “early to bed and early to rise” was not practicing what he preached. After being unpleasantly stirred from sleep at 6 a.m. by the summer sun, the founding father penned a satirical essay in which he calculated that Parisians, simply by waking up at dawn, could save the modern-day equivalent of $200 million through “the economy of using sunshine instead of candles.”

Oh, and the best part? As History notes, Franklin wasn't even suggesting the idea of Daylight Saving Time. All he was doing was making fun of the French and suggesting they get out of bed earlier.

It wasn't actually until the early 20th century that Englishman William Willett promoted it so more people could enjoy the sunlight, and his countrymen rejected the idea. It was Germany that first implemented the idea during World War I to conserve electricity.

Ultimately, debating who gets credit for the idea is semantics when you take a look at the negative impacts — and lack of positives impacts — of "springing forward." A sampling:

• Due to your body adjusting to losing an hour of rest, recent research from Finland shows rates of strokes are higher the two days after Daylight Saving Time.

• That's not the only unhealthy thing about it. Other studies have shown rates of heart attacks, workplace injuries and auto accidents increase the Mondays following Daylight Saving Time.

• Daylight Savings Time doesn't even conserve energy. Studies conducted in places like Indiana where the routine was only recently implemented showed electricity consumption actually jumped when it was put in place.

• Americans don't like it. An annual survey that measures how people feel about Daylight Savings Time consistently shows most don't see the point of it.

So, when you're rudely awakened Monday morning to an alarm going off an hour before your body's ready for it, just remember the whole thing is (falsely) based on a dig one of our Founding Fathers took at the French and is probably wholly worse for the country than it is better. Happy saving!