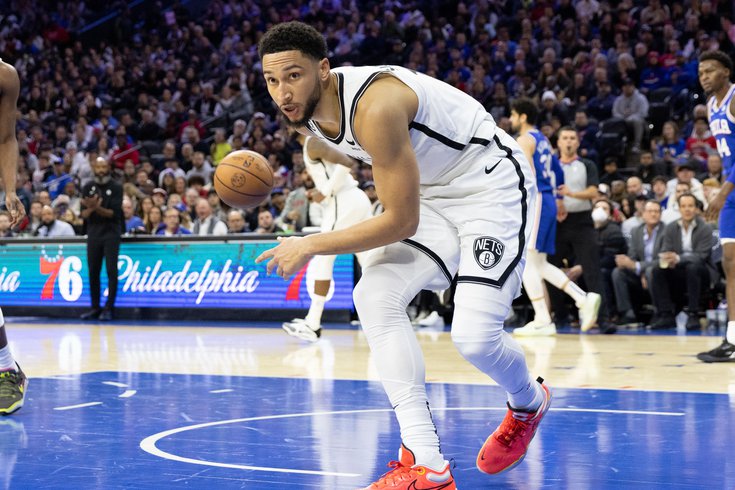 Nets point forward Ben Simmons in his first game playing back in Philadelphia.

Ben Simmons is finally playing down in South Philly as an opponent against his old sqaud. Amidst continuous boos from the Sixers faithful at the Wells Fargo Center, Simmons took the court for the Nets.

Simmons, against all odds, actually made his first two free throws of the game in the first quarter, much to this dismay of those same fans. For the first time maybe ever, Philly fans cheered after their team was called for a foul, just to see the spectacle that is Simmons from the free throw line. He did a mini Jordan shrug after sinking them both. I can't lie. I admire that level of pettiness.

Sixers fans, however, got their revenge in the third quarter as Simmons stepped to the line for two shots. With the team's new partnership with Chick-fil-A this season, replacing the old Frosty Freeze Out, missed second half free throws result in free chicken nuggets for fans throughout the area. This season is about "Bricken for Chicken."

Lunch is on Simmons on Wednesday after missing back-to-back free throws:

Simmons may have never delivered on the promise of being a No. 1 pick, but he did provide some free grub. Not quite a wash, but it is what it is with "Simmo the Savage."

A reminder on how this Chick-fil-A promotion works: