International flags on the Benjamin Franklin Parkway to be replaced

Many have become tattered. To keep them up would be a sign of disrespect to the countries they represent, the city says 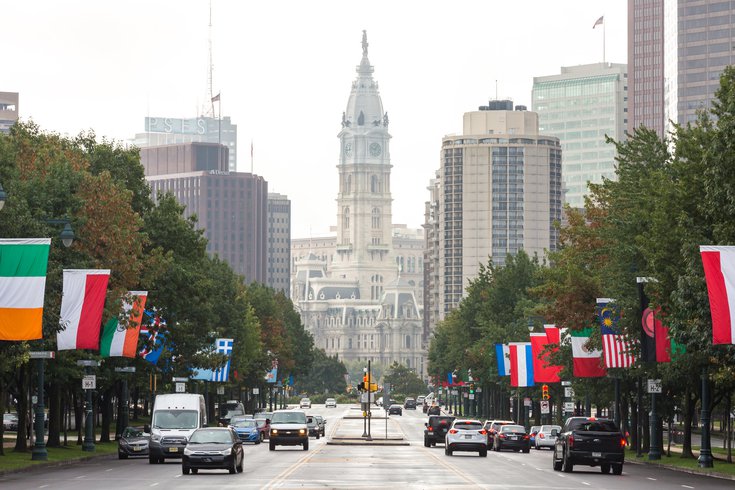 Philadelphia plans to remove and replace the 109 flags that adorn the Benjamin Franklin Parkway. Many of the flags have become worn due to weather conditions. They were added during the 1976 bicentennial celebration.

The flags that line the Benjamin Franklin Parkway will be replaced because they have become worn and tattered, Philadelphia officials said Thursday.

The flags were added to the Parkway in 1976 as part of the city's bicentennial celebration. There are now 109 flags representing 108 countries and Puerto Rico adorning the parkway from Love Park to Eakins Oval.

"As the nation's first World Heritage City, the city of Philadelphia is proud to celebrate the culture and heritage of the many immigrant communities that call our city home," Sarah Reyes, digital director for the city, wrote in a statement. "The flags on the Benjamin Franklin Parkway — Philadelphia's museum and cultural mile — are an iconic source of pride for for the city and a representation of its rich culture."

Over the course of time, the condition of the flags has worsened, mostly due to weather conditions, prompting residents and visitors to request they be replaced. The city plans to do so semiannually.

The city plans to begin removing the flags Sunday night, with the intention of replacing them in early January, city spokesperson Laila Sadat told the Inquirer. But supply chain issues could alter that timeline.

Over time, many of the flags on the Benjamin Franklin Parkway have become worn and tattered. Due to the condition of these flags, we’ve made the decision to remove all flags while we work to replace them with new flags. Don't worry, the flags will be back! https://t.co/MfNqru1LkF

In its statement, the city noted that tattered flags can be seen as disrespectful and emphasized the importance of replacing them as soon as possible.

The flags are mostly in alphabetical order, though Israel, Italy and Poland are located close to historical and cultural markers. In 2010, 19 flags were added to the Parkway, including Angola, which required the city to reorder all of the other flags on the museum mile.

Only the flags that already are present on the Parkway will be replaced, the city said. No additional flags will be added at this time. Signage will remain the same, and flags will be returned to their original flagpoles.

Earlier this year, as Russian forces invaded Ukraine, some city residents protested the city's decision to keep the Russian flag flying along the Parkway. The flag was stolen multiple times from its flagpole, and the flag for Belarus — a Russian ally — was vandalized as part of the protest.

A Change.org petition was started to support the effort to remove the flag, which has since garnered 1,814 signatures. In July, organizer Kate Rybak updated the petition's webpage after meeting with Mayor Jim Kenney's staff at City Hall, urging them to remove the flag. So far, the effort has not been successful.