St. Joseph's University freshman Mark Dombroski died last weekend from injuries sustained in a fall from a 35-foot-cliff, according to the results of an autopsy revealed at a Thursday press conference.

The 19-year-old Upper Providence native went missing overnight Saturday while traveling with his college rugby team for an international tournament. He had last been seen at The Dog House Bar, a local establishment whose owner said Dombroski was not intoxicated.

RELATED: Friends remember St. Joseph's student as 'one of the nicest people'

“My conclusions from my examination are that Mark died from a fall from a height, and that I found no evidence of foul play in my postmortem examination,” said forensic pathologist Christopher Milroy, who shared his findings at the instruction of Bermuda's senior coroner.

Bermuda Police Superintendent Sean Field-Lament declined to state whether or not Dombroski had taken any medication or consumed alcohol on the night of his disappearance. A toxicology report was not complete as of Thursday afternoon.

The last trace of Dombroski occurred around 1:30 a.m. Monday morning, when closed-circuit TV images showed Dombroski walking along Alexandra Road in Devonshire. His body was found at the base of a cliff next to the historic Fort Prospect in Bermuda's capital.

Field-Lament confirmed that at the top of the cliff is a six-foot-tall wire mesh fence that restricts access to a sloped ledge of about four feet. He declined to say whether there was evidence at the scene to show Dombroski had climbed or cut through the fence. 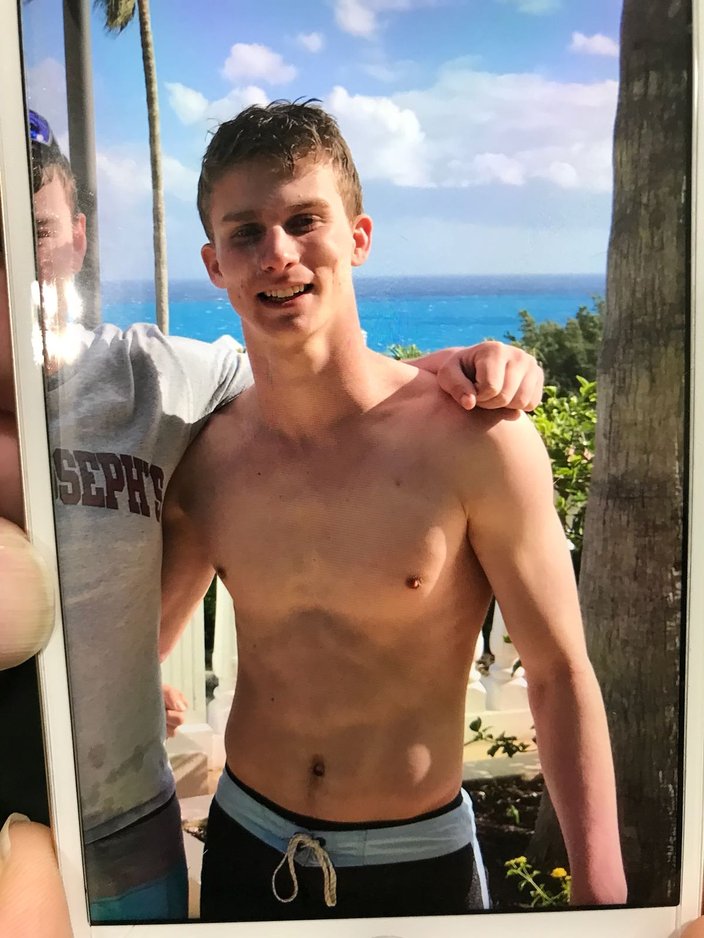 On Wednesday, authorities shot down online rumors that Dombroski's body had been found either bound or tied up. They also clarified on Thursday that Dombroski was last seen at the bar with his teammates — not his family — in the British island territory's capital city of Hamilton.


The St. Joe's rugby team was staying in Warwick Camp, located about five miles from where Dombroski's body was found. Nine other teammates also had made the trip to participate in the Ariel Re Bermuda International 7's rugby tour. Police said Dombroski suffered an injury during the final game of tournament on Saturday.

What happened after Dombroski left the bar around midnight remains unknown. He was found with both his wallet and his cell phone, which a camera showed him using around 1:15 a.m. Sunday before his death. He was reported missing in the morning and found around 4 p.m. Monday by a search party that included Dombroski's brothers.

Authorities are continuing to gather information from anyone who may have witnessed Dombroski in the area of the fall.

"There may be questions that we will never be able to answer," said Field-Lament. "But we will do all our best efforts to get a clearer picture of what took place at the time of the morning."