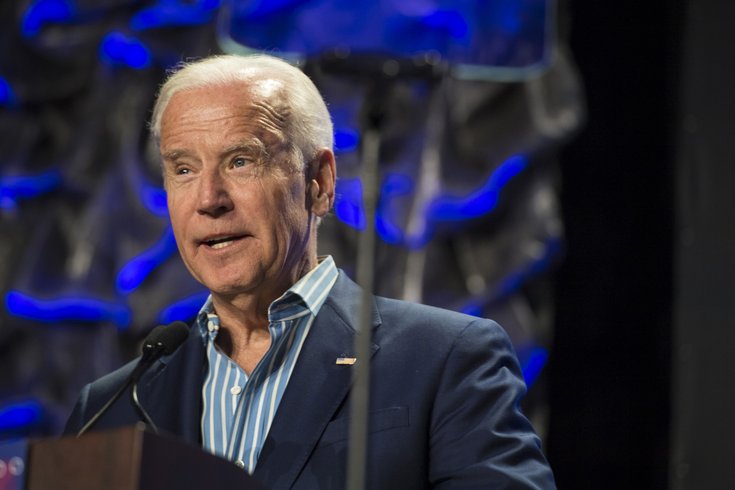 The poll, released Thursday by RABA Research, shows the longtime U.S. senator from Delaware leading with 26 percent. Biden also had the highest favorability rating of all the candidates, with 76 percent of participants saying they find him either "very favorable" or "somewhat favorable."

Biden has not announced his intent to run in 2020, but he apparently hasn't ruled it out, either.

Sen. Bernie Sanders, an Independent from Vermont who lost a hotly contested primary to Hillary Clinton in 2016, was next with 21 percent.

Winfrey, whose speech at the Golden Globe Awards on Sunday sparked calls for a 2020 run, polled third with 20 percent. She finished ahead of Democratic Sen. Elizabeth Warren of Massachusetts, who was fourth with 18 percent.

Some 15 percent of those polled were either undecided or opted for someone else.

The findings were based on an online survey of 345 registered Democrats nationwide between Wednesday and Thursday. The poll has a 5 percent margin of error.

Sen. Cory Booker, a Democrat from New Jersey, wasn't mentioned in the survey. In October, another way-too-early poll showed Booker trailing Sanders, Biden and Warren, but he polled ahead of a number of other potential candidates.