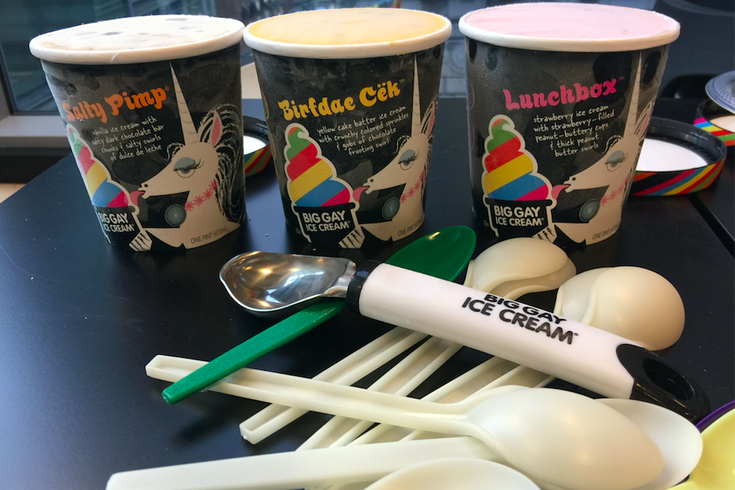 The Big Gay Ice Cream location at 1351 South St. has shut down as a result of the impact of COVID-19. The owners hope to return to Philadelphia with a new location.

The popular ice cream shop came to Philadelphia in 2015 as the duo's first venture outside New York City. The chain began as a food truck in 2009 and earned critical acclaim, expanding to multiple storefronts over the course of the last decade.

Quinn and Petroff said in a statement that they also have closed their location in the East Village in Manhattan. Four other shops in New York City will remain open.

“With great sadness, but with no regrets,” Bryan and Doug have decided that Big Gay Ice Cream will not be reopening its...

"1351 South Street in Philadelphia was our first location outside New York City. That location opened in 2015 after a few years of us doing special events in the city," the owners said. "We had five fun years at that location, but it too has become another COVID closure. We hope to return to a new Philadelphia location. For now, we’ve put the entire shop in storage."

Big Gay Ice Cream is known for its creative and adventurous concoctions, including a "Gritty Puckster" ice cream sandwich with crushed Doritos around the circumference and a Cheetos-flavored ice cream.

While this marks the end of an era for their South Street shop, it sounds as though Quinn and Petroff are hopeful they can make a return to Philly in the future.