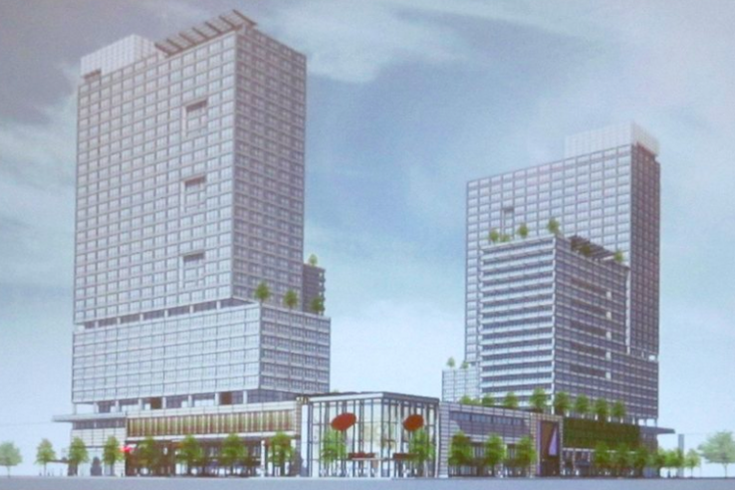 Developer and Tower Investments CEO Bart Blatstein will push forward with an ambitious mixed-use project on South Broad and Washington streets after filing an appeal for a zoning variance with the Department of Licenses and Inspections.

The project, which is touted by Blatstein as the "most amazing thing" he'll ever do, stalled last year amid community resistance to the height of the towers for the proposed 1,600-unit apartment complex with additional retail space. After a bill that would have enabled the project to move forward lapsed last year without a hearing, Blatstein made several revisions to the plan.

According to PlanPhilly, Blatstein is now seeking zoning approval for a 32-story tower including 944 apartments, 882 parking spaces, 357 bicycle spaces, and an 80-room hotel spanning several floors of the building. The project would also feature 11 retail and commercial spaces.

Blatstein, who is best known for building the Piazza in Northern Liberties and shopping centers on Columbus Avenue, will first seek a meeting with the RCO Hawthorne Empowerment Coalition before the plan reaches the Zoning Board of Adjustment for a hearing that has yet to be scheduled.

In the next month, the proposal is expected to be assessed by the Civic Design Review and Planning Commission.

Last year, Blatstein purchased Atlantic City's shuttered Showboat Casino and unveiled plans for "The Playground" entertainment center at the Pier Shops at Caesars. In Philadelphia, he recently partnered with Cescaphe Event Group to pursue a conversion of the former PECO Delaware Station into a hotel and event space in Fishtown.