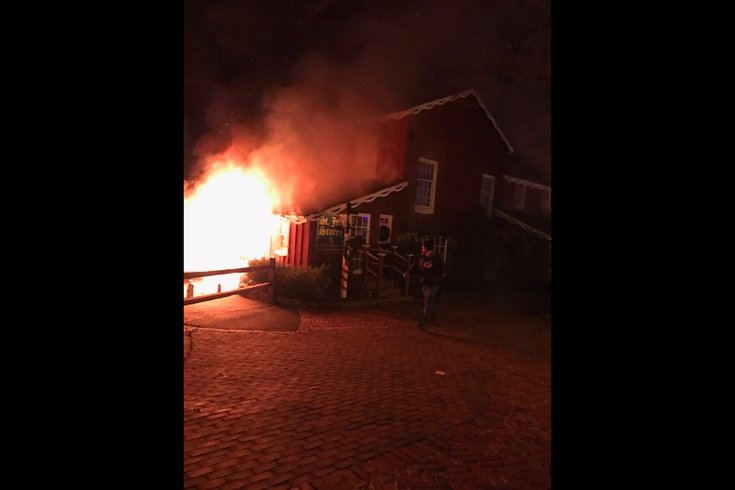 A fire broke out at a popular shopping destination Tuesday night in Bucks County.

The blaze sparked around 6:30 p.m. at Peddler's Village, but was quickly brought under control by firefighters. The fire was contained to a single building that is shared by the Nut Kettle and St Jude's Religious Store.

There were no injuries reported, but the extent of the damage is unknown.

Despite the fire, the shopping center remained open for business. No other businesses were affected.

Peddler's Village opened in 1962 and quickly became a popular attraction as it welcomes more than two million visitors annually. It currently features 63 shops and six restaurants.