Two nearby venues will host viewings of the show in Exton, Pa., and Vineland, N.J. 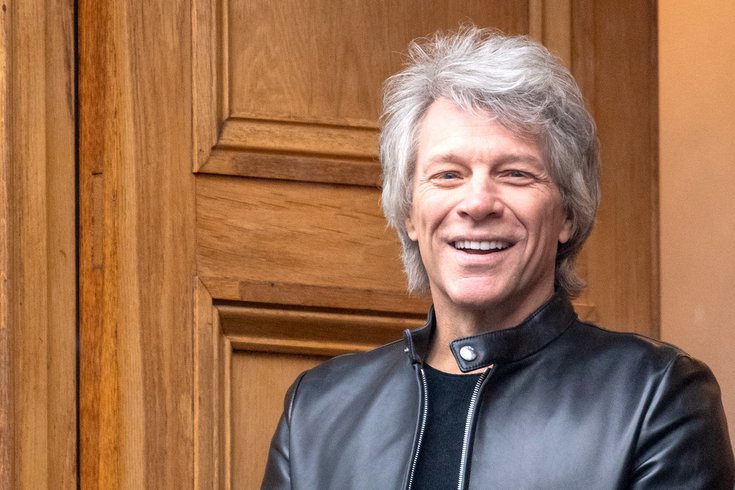 Bon Jovi will simulcast a pre-taped performance by the band at 300 different locations throughout North America on May 22, including two nearby venues in the Philly region, the Perth Amboy rockers announced on Monday.

One of New Jersey's favorite rock bands is putting on a special show that will allow fans to more safely attend a "live" concert during the pandemic.

Bon Jovi will simulcast a pre-taped performance by the band at 300 different locations throughout North America on May 22, including two nearby venues in the Philly region, the Perth Amboy rockers announced on Monday.

The shows will be held at select drive-ins so fans can watch from inside their vehicles. Local movie theaters will screen the concert as well.

The pre-taped event is like a live concert in that it premieres a unique performance — one that hasn't been shown before and won't be shown again after the event.

However, the format of the show enables COVID-19 health and safety measures such as contactless payment systems, vehicle spacing and window guidelines.

Bon Jovi's pre-taped show will be available for viewing at two nearby venues in the Philly region: the Parking Lot Theaters in Exton, Chester County and the Delsea Drive-in Theatre in Vineland, N.J.

It will be the band's first-ever drive-in concert, according to the following social media post.

Airing at drive-in theaters & cinemas near you.

Presale for The JBJ Experience members is Wednesday 4/28.

Encore Drive-In Nights, a Texas-based company that is producing the Bon Jovi event, has hosted similar programs in the past for musical acts like Blake Shelton and Metallica. CEO Walter Kinzie spoke to NJ.com about their latest project with Bon Jovi.

"Bon Jovi is a global icon and we’re so happy that the band will be launching our 2021 concert season!" Kinzie said. "The pandemic has taught us that there are new avenues for live entertainment and this model is one of the safest and most innovative options for world-class, fun events for the whole family."

Meanwhile, Jon Bon Jovi himself is offering another unique way to engage with fans during the pandemic. The 59-year-old Middlesex County native is offering paid Mother's Day messages on the Cameo app. The special messages cost $500 each to receive, but the funds are going to a good cause, the singer said.

Proceeds will be donated to The Roots Fund, which provides support to people of color working in the wine industry. Bon Jovi will make 100 messages on a first-come, first-serve basis. Those wishing to purchase a Mother's Day cameo have until May 6 to do so.