Book Review: Amy Schumer's 'The Girl with the Lower Back Tattoo' 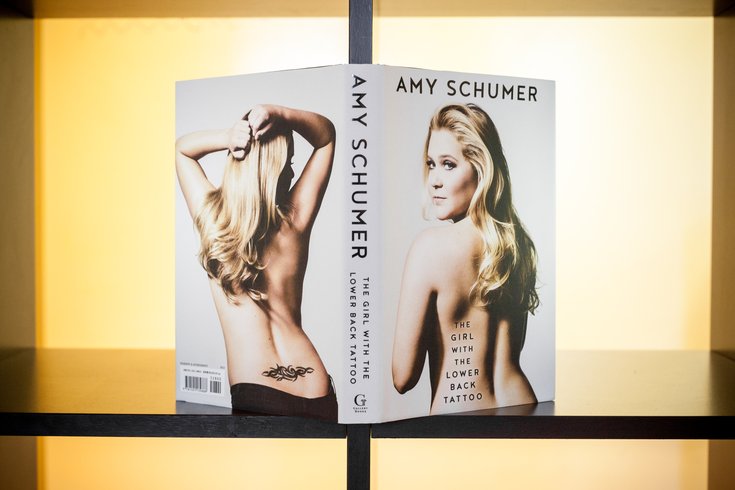 Amy Schumer, The Girl with the Lower Back Tattoo.

Amy Schumer's "The Girl with the Lower Back Tattoo," is a quick read, but that doesn't mean she lets you off easy.

In her debut collection of essays, the comedian/actress frankly discusses her experiences with domestic abuse, sexual assault, her father's MS, her manipulative mother, body insecurities, sexism in Hollywood and gun violence. The topics are heavy, and an important part of her identity, but things never get too maudlin. You won't cry for her; you're more likely to cheer and laugh.

Whether recounting the time her father defecated in public, or going back to an abusive ex-boyfriend or her inflated sense of self at age 13, the Amy Schumer brand of humor transfers seamlessly from stage to page: “I’m shaped like a cactus, and when I don’t shave for four hours I feel like one, too.”

In town for a Q&A last week at the Free Library of Philadelphia, Schumer cited a chapter dedicated to an excerpt from a 1999 journal entry, with footnotes from 2016. Take notice of footnote number 24. I dare you not to laugh.

The book's diction is snappy, conversational, run-on and brash. It's almost like listening to a friend gush or vent. You're getting a lot of raw, honest information all at once so you better keep up. Readers are free to take what they will from each essay. The opening chapter states it plainly, in all caps: "NO SELF-HELP INFO OR ADVICE FOR YOU." Schumer makes it clear by the end, though, that she's an advocate for pulling strength from vulnerability.

Watch Schumer's Q&A session at the Free Library below. She gives advice on dog UTIs, discusses the "Trainwreck" movie theater shooting, recounts her best pick-up line and lets a burp fly. Take it as a primer for what you'll find in the book.

Note: Language is NSFW. Put those headphones in.