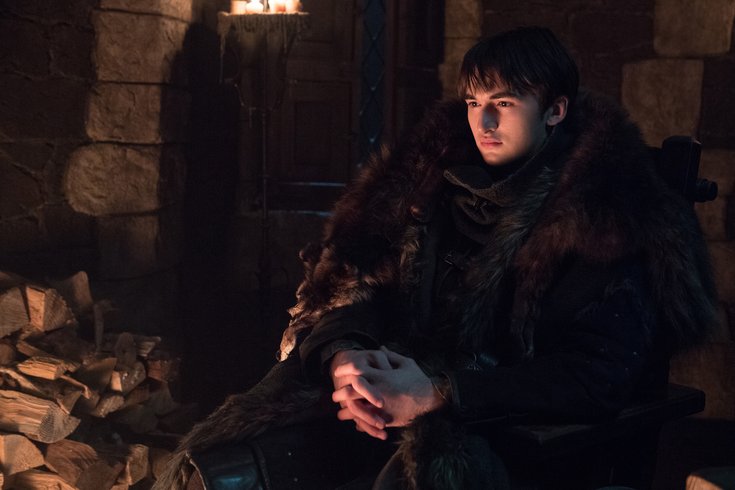 All hail Bran The Broken?

Did "Bran the Broken" just completely play everyone?

WARNING: If you've read this headline, you've already pretty much had the entire series spoiled for you. Not surprisingly, the article contains spoilers too.

The new — and from the recently ended show's perspective, final — King of the (Six) Kingdoms' meteoric rise from kid who likes to climb things, to kid in a coma, to cripple, to three-eyed raven, to most powerful person in Westeros makes... a little bit of sense?

His "powers" allow him to access more or less any historical nugget of information whenever he wants. He is able to warg himself into animals and even other humans to see what his happening in the present. He is from a noble house, and technically the heir to being the Lord of Winterfell, though he refused the title.

"I can never be Lord of Winterfell, for I am the Three-Eyed Raven," he said.

And that's exactly what confounded us when he accepted the position of King in Sunday's Game of Thrones series finale. Just a few episodes ago, Bran didn't even see himself as Bran. Now, when Tyrion suggests he is the best suited person in Westeros to be ruler, he slyly says: "Why do you think I came all this way?"

There are tons of unanswered questions surrounding Bran.

What exactly are the full extents of his powers and how did he get chosen to have them?

What in the world did he and Tyrion discuss after his soon-to-be Hand to the King asked him to "Tell me everything," prior to the Battle of Winterfell?

What in god's name was he doing DURING the Battle of Winterfell, when he was warging into, I guess, a Raven to watch the battle from a better perspective?

If Bran has these powers, why didn't he do anything to protect, even a little bit, the people of King's Landing from being decimated by Daenerys' fury from above?

There is a very believable argument to be made that he is the most plotting, vicious, wise and ambitious of all the power-hungry men and women in Westeros. Think about it.

The idea of Jon's true heritage gripped the GoT fanbase for two entire seasons — but it never really paid off. Why was Bran so insistent that Sam tell Jon he was actually Daenerys' aunt then? Perhaps it was to set in motion the alienation of affection Jon would feel toward his lover — and to get sectors of the realm (led by Varys and Sansa) plotting.

The only thing this storyline really served to do was to help push Dany over the edge, as Jon became less affectionate and more confused about his place in the world.

Bran also appeared to, in some way, know Arya (his sister who is now out exploring the edge of the world) would emerge and kill the Night King just feet from his chair during the Battle of Winterfell, setting in motion the events of the slaughter in King's Landing episodes later that would force Jon Snow to kill Daenerys and create the opening for a new king.

It's just happenstance that, after that "closed door meeting" with Tyrion just before the army of the dead attacked — during which time he told the only surviving Lannister of his journey to become three-eyed raven — Tyrion implores the "council" of Westeros to vote him king. And then, after he gets all but his sister Sansa's votes, gives Tyrion a stay of execution to become his hand... instead of, you know, being put to death for committing treason?

Tyrion gets some credit here. He could have just as knowingly played Bran to save his own life and live on as one of the most powerful people on the continent. But if Bran is all-knowing, it follows that he also knew what Tyrion was doing.

All the questions — and more — we asked about Bran that were never addressed could in some way be answered by assuming he was doing what he needed to do to eventually assume the Iron Throne (okay, we know there is no longer an Iron Throne, and also Bran has his own portable throne, but still).

Bran wasn't just a bystander who lucked his way into power. He played the Game of Thrones, and he won.