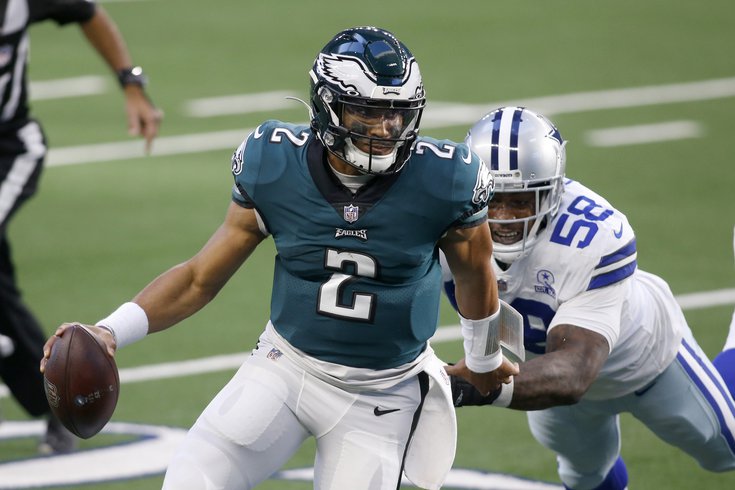 The Philadelphia Eagles' 2021 schedule is set, so now we'll take a deeper look at the advantages and disadvantages of this year's slate of games. For quick reference, here's a snapshot of the Eagles' schedule, via the Eagles' Twitter account:

There are more advantages to this schedule than disadvantages.

Here are the Eagles' opponents, and their 2020 records. I also went ahead and added in point differentials.

The Eagles have a fourth-place schedule, and as such, they play fourth-place teams in the 49ers, Lions, and Jets. They perhaps didn't draw an ideal opponent in the 49ers, but the Lions and Jets are both likely to remain very bad in 2021. The other NFC East teams drew the following floating opponents this year:

• The Eagles don't face any teams coming off their bye week this season.

• Week 14 is a really late bye week. Is it too late? If the Eagles are still in the hunt for a divisional championship, that late bye week could be really helpful. If they're all but done by then, it's a waste. We'll lean toward the placement of the bye week being more of an advantage than a disadvantage. It's a lot better than getting one very early, anyway.

• Their Thursday night matchup (vs. the Bucs, Week 6) is a home game.

• The Eagles barely have any long distances travel in 2021. They only have six flights on nine road games, and three of their flight destinations — to Atlanta, Charlotte, and Detroit — are fewer than two hours away. Even their lone road preseason game is a trip up the NJ Turnpike to play the Jets. Amazingly, in the final eight weeks of the season, the Eagles will not board a plane.

• The Eagles have a pair of back-to-back road games late in October in Las Vegas and Detroit, and then another pair of back-to-back road games (if you'd even call this travel) against the Giants and Jets late in late November / early December. But they avoided having three straight road games, a major disadvantage that schedule makers try to avoid. For example, the Saints' loss to the Eagles last season came on New Orleans' third of three straight road games. The Saints did not look right in that game.

• The first eight games of the season look tough, on paper, at least for a schedule that is considered the easiest in the NFL based on 2020 records. The Eagles have to start the season on the road, and while the Falcons have faltered in recent years, the Eagles' biggest weakness (their secondary) will have to deal with a Falcons offense that features Julio Jones, Calvin Ridley, and now Kyle Pitts.

Then they'll face a pair of teams in the Niners and Cowboys, who should both be significantly better than they were in 2020, followed by the Chiefs Week 4, which will obviously be a very difficult game. The Eagles will very likely be underdogs in each of those first four games.

In total, they're on the road in five of their first eight games, and their home games are against the three teams that have played in the Super Bowl the last two seasons.

Ideally, you would prefer to get your weaker opponents early in the season. Or perhaps better stated, you would prefer to get your stronger opponents later in the season. Why? Well, because the NFL is a league that depends so much on injury luck, early-season good teams becoming late-season bad teams is a more common occurrence than early-season bad teams becoming late-season good teams. And so, you may as well get the bad teams early and the good teams late, since the good teams might lose a quarterback or something.

Of course, if the Eagles can somehow stay afloat through the first half of the season, the last six games of the season are against the Eagles' craptastic NFC East rivals, plus the Jets.