Broncos reportedly agree to terms on trade for Russell Wilson 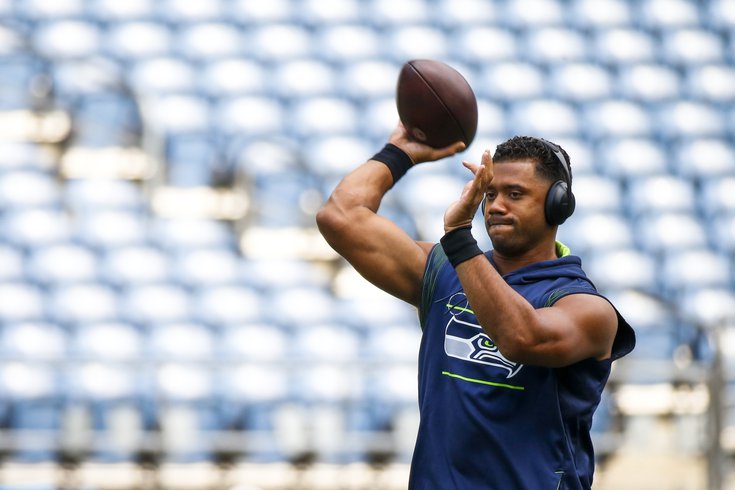 Russell Wilson will reportedly soon be a Bronco.

The Denver Broncos and Seattle Seahawks have reportedly agreed to a trade for quarterback Russell Wilson, according to Adam Schefter of ESPN. The trade is not yet finalized, and is dependent on Wilson waiving his no-trade clause.

Blockbuster: After weeks of negotiations, in one of the largest trades in NFL history, the Seattle Seahawks and Denver Broncos have agreed to terms for a deal involving Super-Bowl winning QB Russell Wilson, sources tell ESPN.

Trade is pending a physical and Wilson’s approval. pic.twitter.com/oRFDV8Ehyx

While there were no strong reports of the Philadelphia Eagles' interest in Wilson this offseason, he was a player commonly linked to the Birds because of their imperfect situation at quarterback and their draft capital.

We will update when the terms of the deal are known, but it appears that Broncos quarterback Drew Lock is one of the components.

Drew Lock is a part of the trade to the Seahawks, per sources.

Here are the players and picks involved in the deal:

Denver gets Russell Wilson and a fourth-round pick.

Looking forward, if the Eagles are going to try to upgrade on Jalen Hurts via trade for a veteran quarterback, the next one is line is Deshaun Watson. 😬