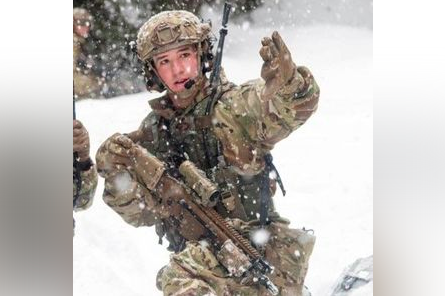 A Doylestown native and Army Ranger died earlier this month in what military officials described as a single tactical vehicle accident, according to a news release from the Army.

“First Lieutenant Connor Bednarzyk was an amazing Ranger, leader, and friend.” said Lt. Col. Michael Klopper, commander 3rd Battalion, 75th Ranger Regiment. “He was known throughout the Battalion for his caring and positive attitude. He will be missed by all.”

Bednarzyk was assigned to the 3rd Battalion, 75th Ranger Regiment as a Platoon Leader of the Distribution Platoon Echo Company. Details surrounding the accident were not disclosed.

An obituary for Bednarzyk says he graduated from Central Bucks East High School in 2011. He went on to attend Penn State University on an ROTC scholarship and graduated with a degree in Security Risk Analysis.

Bednarzyk spent his spare time skiing, golfing and spending time with his family and friends.

"He truly valued the freedoms of the United States and was honored to serve as an active member of our U.S. military," the obituary read.

Funeral services will be held Tuesday and Wednesday in Doylestown.

In lieu of flowers, the family asks that donations be made to HOOAH Inc, 2nd HOOAH Georgia chapter.

Details about the funeral services can be found in the obituary.