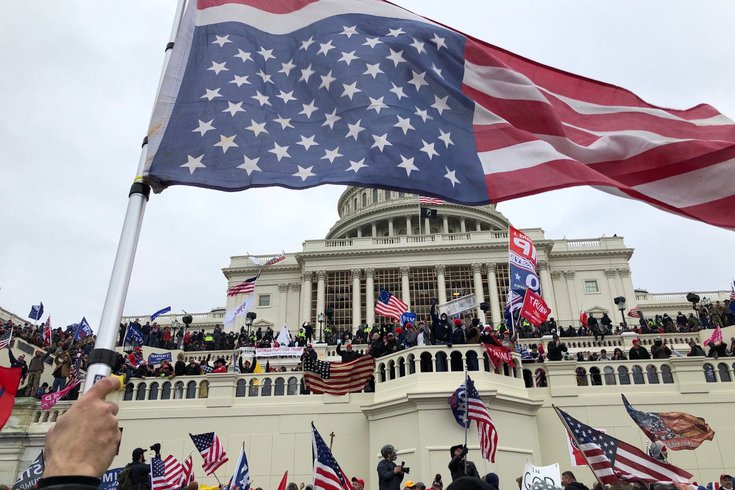 Two Pa. women were arrested for allegedly storming the Capitol Jan. 6, one of whom owns a gym in Bucks County.

Charges were filed against Dawn Bancroft, a gym owner from Doylestown, and Diana Santos-Smith, according to the Huffington Post. Both women were arrested in Pennsylvania Friday, though its not clear where Santos-Smith resides.

The pair were identified by authorities after the FBI received a video tip Jan. 12 of the two women leaving the U.S. Capitol building. Bancroft allegedly threatened Pelosi in that video, which she sent to her children.

“We broke into the Capitol...we got inside, we did our part...we were looking for Nancy to shoot her in the friggin’ brain but we didn’t find her,” Bancroft is accused of saying, according to an FBI affidavit filed with the criminal complaint against the women.

The women are facing three federal charges for entering a restricted building and impeding in government business, the Washington Post reported. At least 160 people have been charged in federal court for crimes related to the riot, including a former Delco firefighter and a Harrisburg woman who allegedly tried to steal Pelosi's laptop.

Santos-Smith told the FBI around Inauguration Day that she attended the rally but did not enter the Capitol building, according to the complaint. However, she later admitted to the FBI she had lied previously and had been at the Capitol, though she hadn't planned it.

She also told the FBI she heard members of the crowd yell "they're letting us in" to the Capitol, though she admitted to climbing over a wall and entering the building through a broken window, the Post reported.

Bancroft and Santos-Smith said they were both in the Capitol for no more than a minute before leaving, and they said they deleted the videos they took inside the Capitol. Photos and videos taken in the Capitol that day are fair game as evidence for criminal cases stemming from the attack.