Keith Collins and his wife, Carolyn, allegedly pilfered money from seniors placed under their care 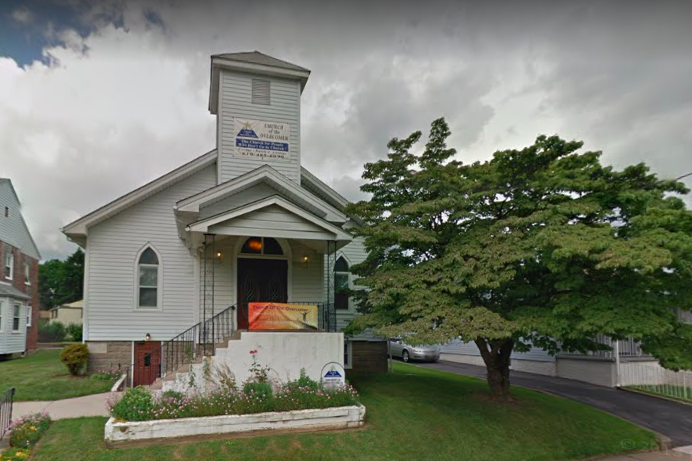 Keith and Carolyn Collins, pastors of the Church of the Overcomer in Trainer, above, are facing 12 felony counts for allegedly pilfering $109,000 from seniors placed under their care.

A Delaware County pastor and his wife have been held for trial for allegedly embezzling $109,000 from 18 senior citizens placed under their care.

Keith and Carolyn Collins, 60 and 72, respectively, each are facing felony charges of theft by unlawful taking, theft by deception and receiving stolen property. They also face several misdemeanor charges.

The couple serves as pastors at the Church of the Overcomer in Trainer. Keith Collins twice ran as a Democrat for Delaware County Council, losing races in 2009 and 2011.

The Collins owned and managed Pinnacle Guardian Services LLC, a company that provided guardianship services to people who cannot manage their own affairs. Guardians must provide the court system with an annual accounting of their wards each year.

At a preliminary hearing, Delaware County Detective Anthony Ruggieri said "questionable expenditures" arose during a February 2017 hearing, revealing $48,000 had been removed from one of the ward's bank accounts in a year and a half, the Delaware County Daily Times reported. Carolyn Collins, the assigned guardian, could not explain the bookkeeping.

A subsequent investigation uncovered at least $109,206 in unauthorized transactions involving the 18 wards assigned to Pinnacle. They allegedly included sizable ATM and cash withdrawals.

The Collins are scheduled for a formal arraignment hearing Feb. 17 at the Delaware County Courthouse in Media.

A co-defendant, Gloria F. Byars, is scheduled for a pretrial conference Feb. 23, having waived her preliminary hearing. She is accused of facilitating $3 million in fraud involving dozens of wards and faces 763 counts stemming from the alleged scheme.

Byars allegedly used a shell corporation to accept money from Pinnacle and make direct payments to the Collins' church.

Keith Collins' attorney, Enrique Latoison, said Keith only could be tied to three transactions, saying there was no evidence that he was involved in the majority of the alleged transactions, the Delco Times reported. Mike Guan, Carolyn's attorney, said she was merely guilty of "bad bookkeeping" and had no intent to defraud.

Doug Rhoades, deputy district attorney for special investigations, refuted those arguments, saying the case involved a pattern of repeated conduct among numerous victims. If they money had been used to care for the wards, Pinnacle should be able to account for it, he said.