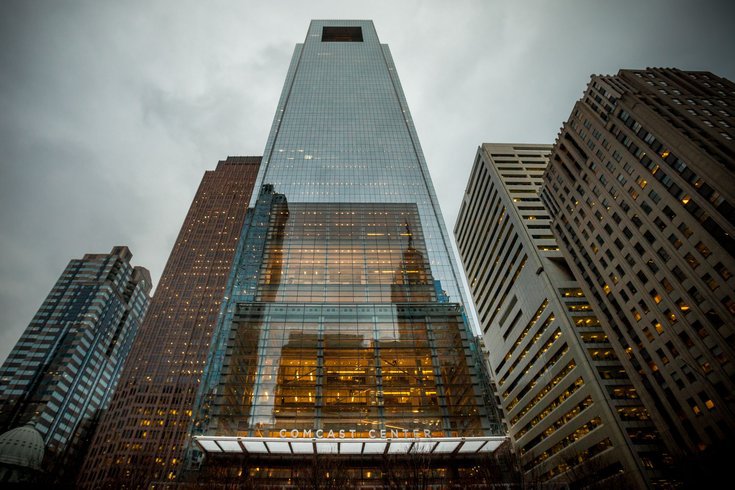 Comcast's usage-based billing will expand to the company's Northeast Division in 2021, placing a 1.2 terabyte monthly data threshold on customers without unlimited plans. Members of Baltimore City Council say the plan should be investigated by the Maryland attorney general as a form of price gouging.

A new Comcast internet data threshold introduced across much of the Northeast has members of Baltimore City Council concerned that associated overage fees amount to price gouging.

In November, the Philadelphia-based cable and internet giant announced that customers in its Northeast division would soon have a monthly 1.2 terabyte cap on home internet usage unless they sign up for an unlimited plan at a higher cost. Those who cross 1.2 terabytes will be billed an additional $10 for every 50 gigabyte block above the threshold, up to $100 a month.

Comcast initially said its new plan would come with a three-month grace period to allow customers to monitor and adjust their data usage before any overage fees are charged. That grace period has now been extended to August 2021.

Comcast has had usage-based billing across much of the rest of the U.S. for several years. It was paused during the COVID-19 pandemic and later reinstated with a 1.2 terabyte threshold, up from 1 terabyte. By expanding that to the Northeast division, the threshold will take effect in 14 additional states and Washington, D.C.

In a letter to Maryland Attorney General Brian Frosh, published by The Baltimore Sun, several members of Baltimore City Council urged an investigation into whether Comcast is price gouging its customers.

"Unconscionable, predatory data-capping amidst a global pandemic is not only an affordability issue but is one of accountability," the letter said. "U.S. broadband subscribers pay some of the highest prices to access broadband in the world due to limited ISP competition. Without competition, there is little accountability for price gouging."

Comcast has resisted the term "data cap," arguing that it's inaccurate because the company does not throttle speeds or alter internet performance for customers who exceed the threshold.

The company further insists that its data threshold will impact less than 10% of its customers — what it considers "superusers." When the plan was announced last fall, the figure the company gave was 5%.

With at-home work and learning on the rise during the pandemic, many are concerned the company's estimate is low. Big picture trends in broadband data usage point to a rate of growth that suggests more customers may start to cross that threshold in the next few years.

In 2020, that average was estimated to be about 344 gigabytes per U.S. household, which is well below Comcast's threshold — for now.

The letter from Baltimore refers to Comcast's data cap as "digital redlining," claiming that it will impact communities of color already under strain and limited in their ability to afford broadband internet.

In recent years, Comcast has expanded its low-cost Internet Essentials program — about $10 per month for broadband — to reach more low-income residents who qualify through a variety of programs. Internet Essentials is available in Baltimore, where more than 74,000 households were without internet service as recently as 2017.

A Comcast spokesperson could not immediately confirm how the data threshold will impact Internet Essentials customers, but said those in the program are given the option to upgrade to an unlimited plan at a lower price than the general public.

The Maryland Attorney General's Office signaled that it would look into the matter of price gouging. It will be difficult to complete such an investigation outside the context of the COVID-19 pandemic, however, because Maryland does not have a permanent price gouging statute.

Authorization to investigate price gouging only extends for as long as the state's pandemic emergency powers are in place.

In Massachusetts, lawmakers are exploring legislation that would bar usage-based billing during a public health emergency, similar to what has been done with many utilities.

In Boston, 25 News spoke with Massachusetts state Rep. Andy Vargas, who cast doubt this week on Comcast's assumption that only about 5-10% of its customers will be impacted by a data threshold.

"That’s not what we’ve seen on the ground, at least here in my district, and certainly, across the commonwealth," Vargas said. "I’ve even heard from folks outside of my district. And the reason it’s frustrating is that there really is no engineering or business case, reason for why you would create a pricing structure that way. You might say, well, people were using more data, they should pay more money because that costs Comcast more money to deliver all that data. But the experts have said that that’s not true."

The Comcast spokesperson told PhillyVoice that it was able to withstand the sudden spike in data usage during the pandemic — especially early on — by making investments ahead of time. In some parts of the world, including some European countries, internet outages persisted for longer into the year than in the United States.

"We constantly have to invest in our network to stay ahead of demand," the spokesperson said.

As for the question of where average household data usage may be in a few years, the company will be "keeping an eye on usage" and can make adjustments to its pricing structure as needed, such as the recent threshold increase from 1 terabyte to 1.2 terabytes in its Central and Western divisions.

The company believes 1.2 terabytes should be more than enough for the vast majority of its customers not to worry about additional charges. Comcast provides customers with tools to check their usages and encourages them to monitor where they stand. December and January, for instance, tend to be higher usage months around the holidays.

"Our data plan is structured in a way that the very small percentage of our customers who use more than 1.2 terabytes of monthly data and generate the greatest demand for network development and capacity pay more for their increased usage," the spokesperson said. "For those superusers, we have unlimited data options available."