Company says 95% of customers will not be affected by 1.2 terabyte limit 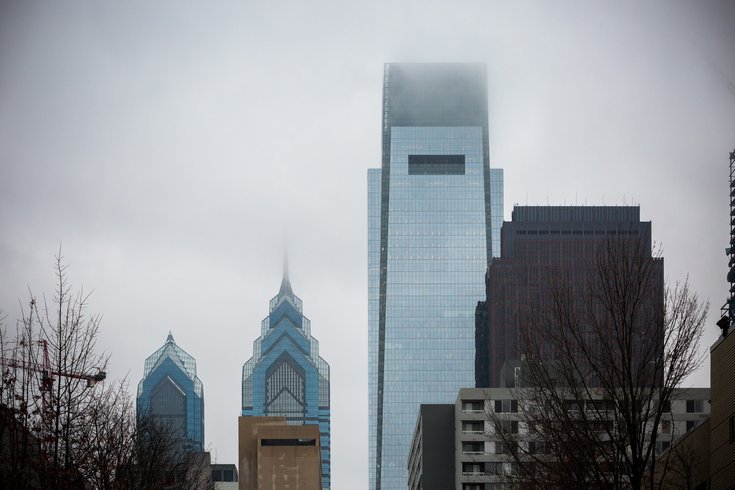 Philadelphia-based cable giant Comcast Corp. will introduce a usage-based internet price structure in the Northeast U.S. at the start of 2021. Customers who exceed a 1.2 terabyte threshold will be billed overage fees. Comcast says most customers won't be impacted.

Comcast customers in Pennsylvania and the rest of the Northeast U.S. will soon be subject to overage fees for internet usage if they surpass a new threshold set by the Philly-based service provider.

The company announced this week that customers in 14 states and Washington, D.C., will have a 1.2 terabyte cap on home internet usage starting in Jan. 2021. Those who cross 1.2 terabyte will be billed an additional $10 per each 50 gigabyte block.

Comcast says 95% of its customers will not be impacted by the change and will fall well short of the threshold. The company provided a series of figures to illustrate what 1.2 terabyte can accommodate: 21,600 hours of non-stop music, 500 hours of streaming HD TV, 34,000 hours of online gaming and 3,500 hours of video chat.

Broken down further, that would equate to 18 hours of HD TV per day, four straight months of video conferencing, 1,200 hours of distance learning videos on Google Classroom and 1,100 hours per day of gaming, according to Comcast.

But with many working from home during the coronavirus pandemic, heavier usage is compounding a trend that may be cause for closer scrutiny.

Household internet usage has risen sharply over the last decade, driven by subscription video on demand services such as Netflix and the bandwidth demands of online gaming.

An April report from DecisionData.org, an analyst of TV and internet service providers, found that the average U.S. household is using 38 times as much data per month as it did in 2010, and about 3.5 times as much as in 2017, according to data from the Federal Communications Commission.

In raw terms, average monthly use in the U.S. rose from about 9 gigabytes in 2010 to an estimated 344 gigabytes in 2020. These rates exclude what the FCC considers high-usage outliers, a customer category whose ceiling for exclusion has increased alongside the growth in usage.

If a household used 344 gigabytes, they'd still land well below the 1.2-terabyte threshold set by Comcast, with plenty of room for additional usage.

Comcast's usage-based billing has been in effect across much of the rest of the country for several years. Other providers, such as AT&T and Mediacom, have similar overage fees for surpassing a threshold. Verizon Fios, Comcast's primary competitor in the Philadelphia region, currently offers unlimited data usage without a threshold or overage fees in its basic household plans.

A spokesperson for Comcast insisted Monday that the new threshold is not a "data cap," which is usually associated with throttling of internet speeds for those who cross the mark on their plan. Internet speeds will not be impacted by these changes, the spokesperson said.

At the start of the pandemic, Comcast paused its overage fee structure in its central and west divisions — which had a 1-terabyte threshold — to analyze the impact of changing usage across the country. It has since reinstated usage-based billing there, raising the threshold to 1.2 terrabyte.

In the Northeast, customers will not be charged overage fees for the first three months of 2021 in order to enable them to assess where they land in terms of usage, and whether they may need to upgrade their plan.

The company spokesperson said Comcast will continue to monitor growth in average household usage in the coming years, and could potentially make adjustments if more customers are approaching or passing 1.2 terabyte.

"Since 2017 alone (through the end of the first quarter of 2020), we have spent more than $12 billion to expand our network to more customers and strengthen it to provide faster speeds, more capacity and greater resiliency to anticipate unexpected surges, such as what we have experienced with COVID-19, which is why the network was able to handle it so well," the spokesperson said.

Comcast customers are advised to take stock of their monthly internet usage by visiting their accounts.