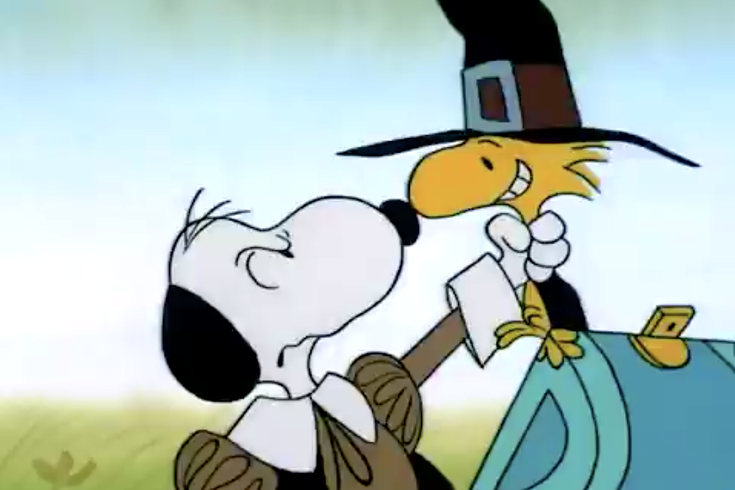 'A Charlie Brown Thanksgiving' and 'A Charlie Brown Christmas' will air on TV this holiday season after all. The Thanksgiving classic will be broadcast commercial free at 7:30 p.m. on Sunday, Nov. 22. The plan had been for the holiday specials to be streamed exclusively on Apple TV+.

The holiday season is going to be different this year, but it will not be without two beloved classic Charlie Brown specials being broadcast on TV.

The plan had been for Apple TV+ to feature "A Charlie Brown Thanksgiving" and "A Charlie Brown Christmas" on its platform as part of its exclusive deal to stream the entire "Peanuts" catalogue, which is why the third episode of this holiday trilogy, "It's the Great Pumpkin, Charlie Brown," never appeared on TV last month.

For decades the Charlie Brown specials had aired on ABC. After the Halloween special's absence in October, people were upset, and an online petition was started that has collected more than 263,000 signatures.

While good news for everyone staying at home during the COVID-19 pandemic, it was all too late for "It's the Great Pumpkin, Charlie Brown."

Gather your popcorn, toast and jelly beans and watch #ACharlieBrownThanksgiving for FREE on @PBS and @PBSKIDS November 22, 7:30/6:30c! Check your local listings at https://t.co/hpE7KZ9vq2 or watch anytime on the @AppleTV app with an Apple TV+ subscription https://t.co/FqVW2OAoY8 pic.twitter.com/liLVijGeJD

The specials also will air on PBS Kids. All PBS channels are free to watch.

We’re feeling very thankful to team up with @AppleTV to share #ACharlieBrownThanksgiving with you this year! Tune in to this special one-night event on PBS and @PBSKIDS on Sun, Nov 22 at 7:30/6:30c. pic.twitter.com/ADW1R0FvCv

An Apple TV+ subscription costs $4.99 month and there is a seven-day, free trial for new users. It's available on Apple devices as well as other devices with streaming capabilities..

Both Charlie Brown specials also will stream without commercials on the service.