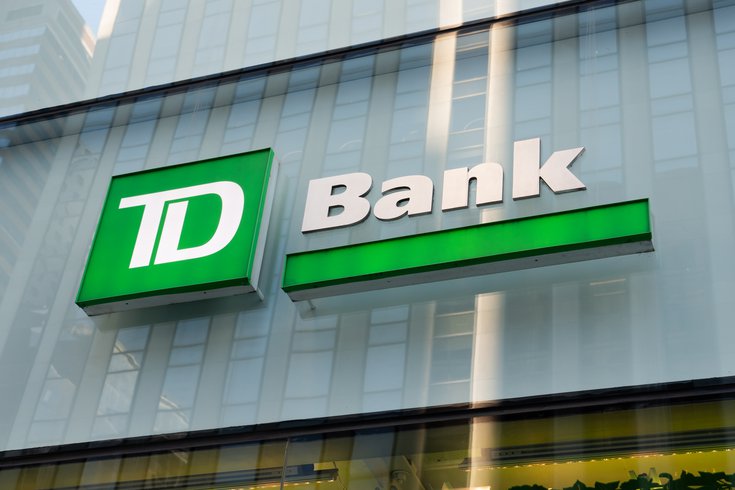 TD Bank is closing 81 branches from Maine to Florida in response to growing demand for online banking.

TD Bank is closing 11 locations in the Philadelphia region as part of massive branch closures on the East Coast.

The Cherry Hill-based bank has 123 existing locations in Southeastern Pennsylvania, South Jersey and Delaware. The affected branches, including the Center City location at 111 S. 11th St., will be closed by April 23, the Philadelphia Business Journal reported.

TD bank is closing 81 branches in 15 states from Maine to Florida — a total that accounts for nearly 7% of its 1,223 locations.

Below is the list of the 11 TD Bank branches closing the Philadelphia region, first reported by the Philadelphia Business Journal and confirmed to PhillyVoice by a TD Bank spokesperson on Friday:

These mark the first major closures for TD Bank during the COVID-19 pandemic, which reportedly only has closed 13 branches since the start of 2020. Many other banks have enacted closures as people shift to online banking.

Some layoffs may result from the closings.

TD Bank spokesperson Paige Wilkins said in a statement that the closings were made in response to "changing customer expectations," including increased preference for mobile and digital banking during the pandemic.

Wells Fargo and PNC closed about 300 and 200 banks, respectively, in 2020. But some experts have suggested these closings are part of a trend that was in place prior to the pandemic. During the last decade, American bank branches were shuttering at a rate of about three per day.

The closures seen during the coronavirus pandemic are still lower than some predicted. At the start of the pandemic, one expert suggested as many as 20,000 branches close. That hasn't happened.