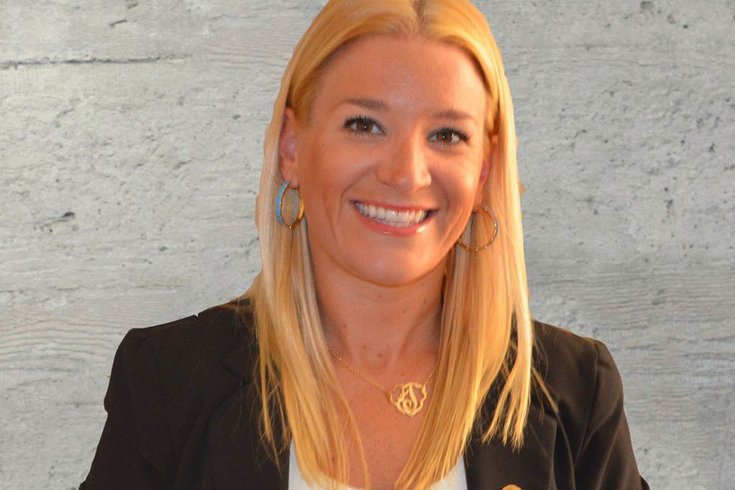 Ryan Manion Borek, president of the Travis Manion Foundation since 2012, will attend President Barak Obama's State of the Union address on Tuesday in Washington, D.C. as a guest of U.S. Rep. Mike Fitzpatrick of Bucks County.

For many Americans, one interaction with the president of the United States would mark a lifetime thrill.

Ryan Manion Borek already has had two interactions with President Barack Obama, thanks in part to her vaunted advocacy efforts for military veterans.

She'll gain another unique experience Tuesday night when she attends Obama's final State of the Union address as a guest of U.S. Rep. Mike Fitzpatrick, a Bucks County Republican.

"With all of our senior leaders for this country in one room, it's going to be really interesting to get a sense of the atmosphere in there," said Manion Borek, president of the nonprofit Travis Manion Foundation. "I'm interested to hear what he has to say on every different issue that surrounds us as a country, but I want to make sure he speaks about our military community.

"I want to make sure that that is always a key focus from our national leaders – making sure that we are taking care of the 1 percent of the population that still serves," she added.

Manion Borek oversees a Bucks County-based foundation that aims to commemorate the lives of fallen military personnel by challenging others to serve the community. The organization boasts of assisting more than 60,000 veterans and survivors through its varied services, aimed at both aiding veterans and families of the fallen.

The organization was named in honor of her late brother, Travis Manion, a Marine killed in Iraq on April 29, 2007. A La Salle College High School graduate, Manion followed in his father's footsteps, becoming a Marine after graduating from the United States Naval Academy in 2004. He was killed while serving on his second tour of duty in Iraq.

Obama recognized Manion during his 2011 Memorial Day address at Arlington National Cemetery, where Manion is buried at the side of his friend, Brendan Looney, a Navy SEAL killed in 2011 while serving in Afghanistan.

"The friendship between 1st Lt. Travis Manion and Lt. Brendan Looney reflects the meaning of Memorial Day," Obama said that day. "Brotherhood. Sacrifice. Love of country. It is my fervent prayer that we may honor the memory of the fallen by living out those ideals every day of our lives, in the military and beyond."

Manion Borek was sitting in the audience that day, just as she'll be in the Capitol for the State of the Union address.

"We were able to sit right next to where he was speaking," Manion Borek said. "It was definitely pretty surreal to hear the president talking about your brother, your sibling. In that respect, you're kind of caught up in it."

Manion Borek also received the President's Lifetime Achievement Award for Volunteer Service last year. But she expects the State of the Union address to be unique.

"I don't think there's anything in particular that I'm looking for him to get behind," Manion Borek said. "For me, it's about setting in place initiatives to make sure our men and women are given all the resources that they need to transition to civilian life."

The State of the Union address is expected to commence at 9 p.m. It will be aired by the major television networks and streamed live on YouTube.