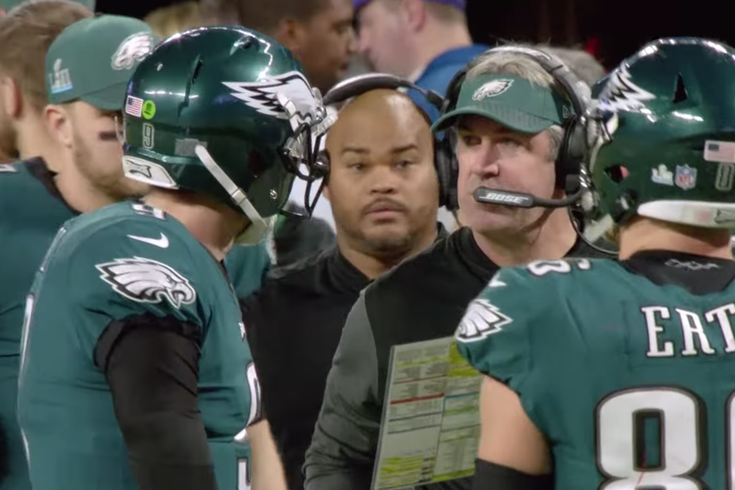 Update, 9/4/18, 7:50 p.m.: Well, it turns out our friend @JustinFromSWP deleted his account after leaking the statue this afternoon. You'll just have to believe us until Bud Light announces the statue tomorrow.

(Thanks to our friends at Billy Penn for bringing it to our attention.)

Original story: The statue Bud Light is giving to the Philadelphia Eagles is totally a statue of the Philly Special.

Things were trending this way after we deciphered, last week, that the statue was obviously going to include Eagles Coach Doug Pederson from Super Bowl LII based on his apparel.

Then, on Tuesday morning, Crossing Broad posted a story titled “The Bud Light Statue Appears To Depict Two People,” which is pretty direct.

And on Tuesday afternoon, one intrepid tweeter tossed this into the stratosphere at Crossing Broad’s Twitter account:

I’m not gonna @ the person who sent me this because idk if they want too but this is what he sent me pic.twitter.com/6wtSTxkDVG

There we have it.

The statue will depict Nick Foles asking Doug Pederson if he, indeed, wants Philly Philly. How the statue plans on addressing that gloriously dramatic pause before Pederson responded, “Yeah, let’s do it,” remains unclear.

Bud Light donating a statue to the team is still a little weird, but at least they’ve decided to memorialize a pretty darn cool moment.