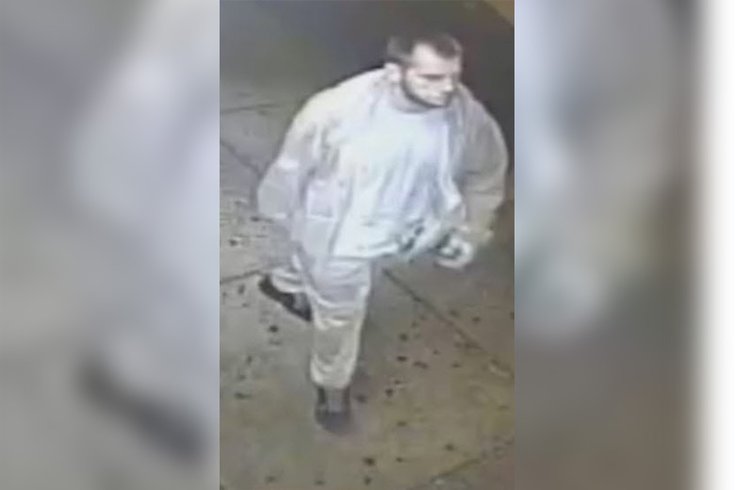 Police are looking to identify and locate the suspect they say burglarized Jaquez Grocery in Port Richmond.

Police are seeking the public's help in locating a suspect wanted in connection with a burglary in Port Richmond.

The suspect goes behind the counter and takes cigarettes and the entire cash register before fleeing the area in an unknown direction, authorities say.

Police describe the suspect as a white male, 25 to 35 years old, with short black hair, a short trimmed beard and no mustache. He was last seen wearing a gray hooded sweatshirt, white T-shirt and gray sweatpants.