Marketed as a joint to 'meat, drink & be merry' 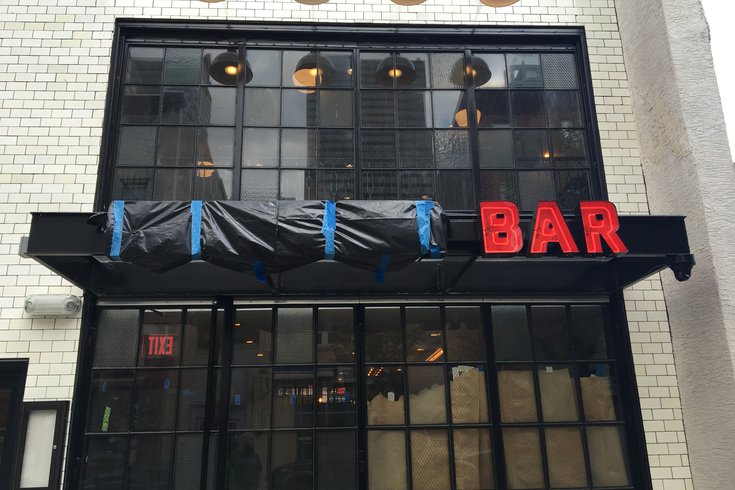 A work-in-progress exterior of Butcher Bar, coming to 2034 Chestnut ST.

A French fry bar, a mac and cheese restaurant and now a house of meatballs and sausage? Rittenhouse is slowly evolving into a destination for comfort food.

In August, the George Anni-owned Anni Restaurant Family, which already operates Valanni, Varga Bar and Mercato in Philadelphia, will open Butcher Bar at 2034 Chestnut St., pegged as an homage to butcher shops. It's the restaurant group's first expansion into Rittenhouse.

On the menu: meat, meat and more meat, supplied by Pat LaFrieda in New Jersey, with emphasis on housemade sausages and meatballs. Prime examples include an Italian meatball, consisting of pork, veal and beef stuffed with fontina cheese, tomato, basil and pecorino romano, as well as a Yards IPA sausage which, as one would guess, is made with Yards IPA and served with a warm potato salad. Looking for something (relatively) light? They'll also have vegetarian meatballs made from chickpeas, summer corn, peppers, cheddar, alfalfa sprouts, romesco and avocado creme, and a "butcher salad" whose star ingredient is wood-grilled peaches. There's also rotisserie chicken on the menu, you know, for when you want to eat light.

Side dishes are about what you'd expect: fire-roasted carrots and coal-roasted potatoes. Sixteen beers will be on draught, with a healthy selection of Yards brews. Six wines will also be on draught, with the cocktail menu putting a focus on small-batch and top-shelf bourbons.

Photographs that recall a time of butcher-shop dominance in American food culture will adorn the walls of the space, with reclaimed wood and exposed brick incorporated into the two-floor design to give it a vintage but casual atmosphere. And perhaps a few meat cleaver knick-knacks to round out the aesthetic.