Camden's bond rating raised to A-, a nod to city's improving financial outlook

It's the highest grade from the S&P in more than 40 years, and Mayor Vic Carstarphen says it will help with infrastructure improvement plans 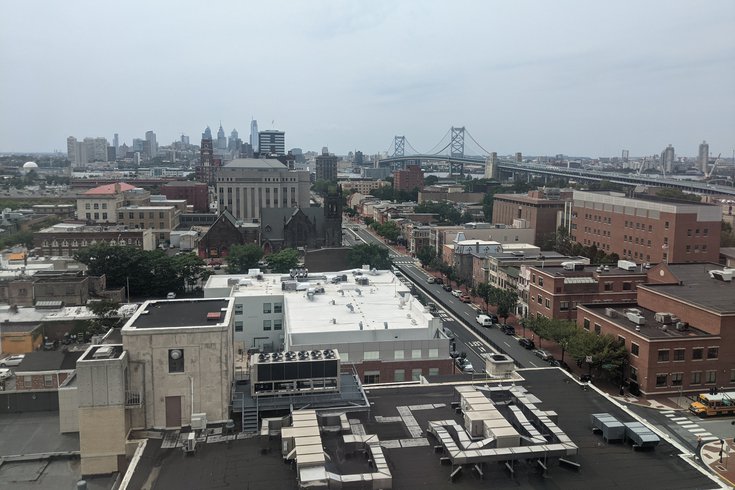 Camden's bond rating has improved to an A-, according to the latest report from Standard and Poors. Mayor Vic Carstarphen said upgrade this will help save the city money with its plans for infrastructure improvements. The photo above shows a view of Camden.

Camden's bond rating has been bumped from a BBB+ up to an A-, which officials see as evidence the city is fiscally stable and on the upswing.

Bond ratings are like credit scores for municipalities, and Camden's hasn't been this high in more than four decades. The city had been operating on a junk bond status – meaning the city was considered a risky bet for lenders – until 2014 when it upgraded to a BBB+, lowest investment-grade rating by global credit rating agency Standard & Poors. Then, in 2019, the service gave Camden a "positive outlook."

"The hard work and financial discipline of the last decade (are) paying off," Mayor Vic Carstarphen said this week.

The mayor said that many of those projects will relate to infrastructure, but he would not specify beyond that.

The improved rating will make it easier and cheaper for Camden to borrow money, which will help fund new capital projects. Moving from a BBB+ to an A- rating chops between 0.1% and 0.15% off the city's interest rates, said Brian Morris, one of the city's financial advisors.

But if Camden borrows more than $5 million at a time, the change could bring the city's interest rate down as much as 0.3%, according to Dan Garrett, a finance professor at the Wharton School of the University of Pennsylvania.

"That helps the city lower its borrowing costs, which helps with budget pressures (and) reduces the impact to taxpayers," Morris said.

Garrett estimated the city will save between $200,000 and $300,000 per year going forward on the $2.6 million it currently pays annually in debt services. This is a relatively small change but still meaningful.

S&P based their reassessment of Camden's financial reliability on two main factors – increased investment in the city and a higher reserve rate.

Since 2013, $2.5 billion has been invested in the city with an additional $518 million expected to come before the end of 2023, according to a press release from S&P. At the same time, the city government has increased the amount of money it keeps on hand. The $3 million Camden had in savings in 2011 was less than 2% of the city's operating budget, Morris said. That has increased to $23 million in 2021, or 13% of the budget.

Garrett noted that these changes will impact the city more in the future than they do in the present. The decreased interest rates will likely apply to any bonds issued going forward, but the professor said the city is still responsible for paying off its existing debt at the previously agreed upon interest rate.

A key provision of the new S&P report was the assumption that the city's finances will remain under state control, as they have been for about two decades following former Mayor Milton Milan's conviction on financial corruption charges in 2000.

Carstarphen was fine with this and said he looks forward to continuing to work closely with the New Jersey's Department of Community Affairs.

While Garrett acknowledged this Trenton's oversight can be an annoyance to administrators, he said going without it would probably not be in the Camden's best interests.

Funds from New Jersey accounted for more than 60% of Camden's operating expenses in its most recent budget.

Additionally, the assistance the state provides the city in navigating the bond market, where municipalities are often over-sold on complicated financial instruments, is key to sound financial decision-making, Garrett said.

The professor also noted that the S&P rating is simply an estimate of how likely the city government is to pay back its debt and not a reflection of its quality or efficacy. He said most municipalities that have a bond rating are listed by S&P at either A or AA.

Although things are looking up in Camden, the city still has crumbling roads and sub-surface infrastructure in many neighborhoods and has at times struggled to hold public meetings virtually during the pandemic.

Furthermore, the city's budget for 2021 was submitted to the Department of Community Affairs several months late. The struggles of communicating during the pandemic and the city's switch from a fiscal year to a calendar year budget both contributed to that.