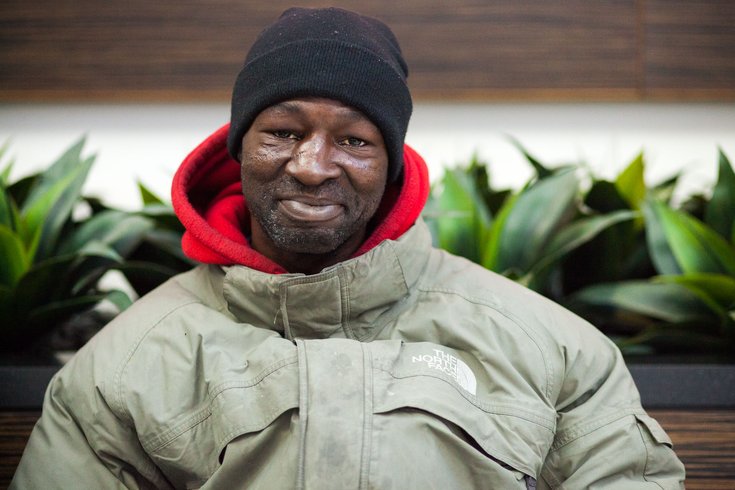 Morgan Wilson, who attended the announcement, received an apartment from the Trenton Housing First initiative. He said a place to live gave him a sense of direction and responsibility.

Robert Taylor spent the better part of 23 years homeless, seeking shelter in cars, abandoned houses and homeless shelters. Six years ago, he was handed keys to a duplex apartment.

“That was the most blessed thing I can remember,” Taylor said. “I can cook now. I can take my own bath. Nobody has to be watching me, telling me what to do. Your freedom was the most wonderful feeling you ever had.”

Taylor, 51, received his apartment through Trenton's Housing First, a national initiative that provides homeless individuals permanent rental housing without time limits. Its goal is to provide the homeless the stability necessary to overcome their various obstacles. After receiving housing, the individuals are provided social services geared toward making them self-sufficient.

The initiative is spreading to Camden County, where a coalition of government agencies, healthcare providers and housing groups announced Monday its intent to kick-start a pilot program by July.

The New Jersey Department of Community Affairs and the Department of Human Services committed 50 housing vouchers for the program. The Camden County Freeholder Board will invest $100,000 from its Homeless Trust Fund. Cooper University Health Care and the Virtua Foundation also pledged financial support.

Dr. Jeffrey C. Brenner, director of Cooper’s Urban Health Institute, said the traditional model for reducing homelessness is “completely ineffective.” He noted many homeless people are victims of abuse, a factor that sometimes makes the group dynamics of shelters overwhelming.

“The current model of our shelters fails the majority of the time,” Brenner said. “Only 20 to 30 percent of people make it through that whole process to be permanently housed. Whereas, Housing First – moving right off the street into an apartment with lots of supportive services around you – succeeds 90 percent of the time.”

Camden County had more than 650 homeless people last year, a two-percent increase from 2013, according to an annual homeless count conducted by Monarch Housing Associates.

The Housing First model was introduced in the early 1990s by Pathways to Housing, a New York-based nonprofit organization dedicated to eradicating homelessness. It has spread throughout the nation, including to Philadelphia, where The Philadelphia Inquirer reported more than 400 homeless residents received housing during a five-year stretch.

“This is not only more humane, but it generates a costs saving and saves lives as well,” Brenner said.

The Camden Coalition of Healthcare Providers will identify homeless people to participate in the initiative. The coalition first will seek to assist chronically homeless individuals in need of medical support, said Charles A. Richman, deputy commissioner of the state Department of Community Affairs.

“Hopefully, you stabilize a person, you get them back into the community, they get a job and they can move on,” Richman said. “That’s the long-term goal of these types of programs. … Housing First is a model that works.”

Morgan Wilson, 47, vouched for that.

He received an apartment through the Trenton program back in 2009. Without it, Wilson figured he either would be dead or in jail. The apartment gave him a sense of direction and responsibility, he said.

Full disclosure: Lexie Norcross, managing director of PhillyVoice.com, is a trustee of The Cooper Foundation and her father, George E. Norcross III, is chairman of the board at Cooper.