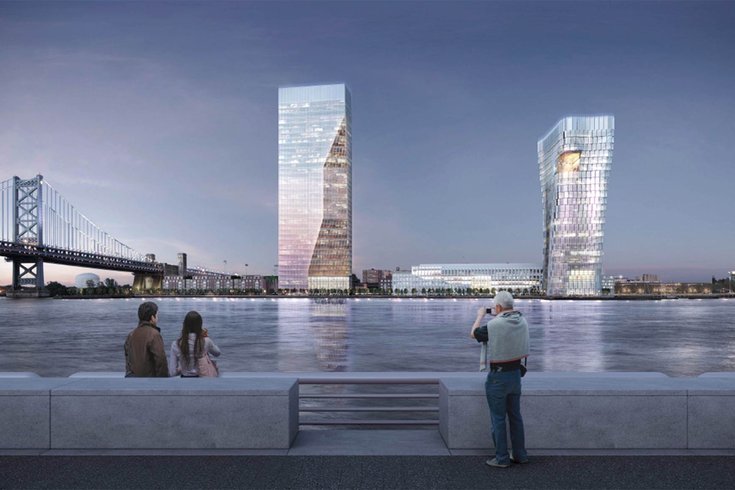 Rendering of the Camden waterfront plan from the Philadelphia side of the Delaware River.

The plans for a massive project in Camden alongside the Delaware River waterfront got approval from the city's planning board Friday, the Philadelphia Inquirer reports.

Now, the firm behind the $1 billion project, Liberty Property Trust, will need to get approval from Camden City Council, according to the newspaper.

In September, officials announced the details of the mixed-use project which includes 1.7 million square feet of office space, a hotel, residences and retail shops.

Liberty Property Trust said at the time it was expecting to break ground sometime this summer and have occupants move in around late 2018 or early 2019.

The group hopes its project will attract employment, major corporations and investment to the city.