Can you wear pajamas in a Philly courtroom? 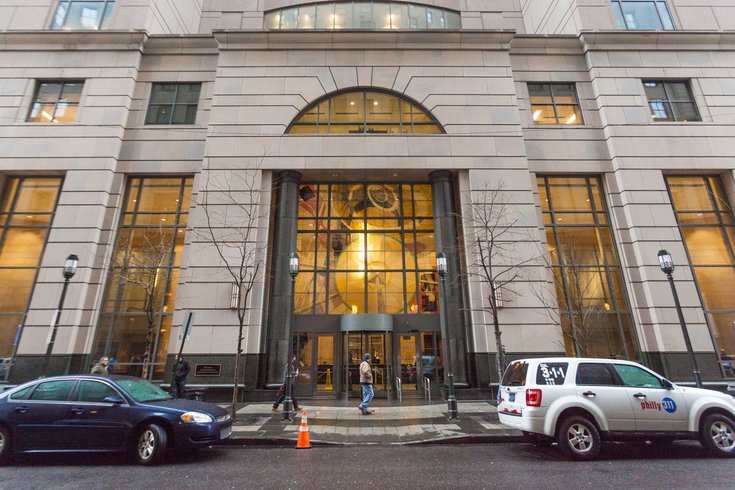 Depending on why you're there, going to court can be anywhere from a nuisance (jury duty) to incredibly stressful (standing trial). But whatever the reason, one question you might not ask yourself before heading into the courtroom is, "What should I wear?"

One judge in Columbia County, Pennsylvania, is making national headlines for instructing those who enter his courtroom specifically on what not to wear. According to WNEP16, Magisterial District Judge Craig Long recently hung a sign outside the lobby of his courtroom that reads "pajamas are not appropriate for district court."

Long told the news station that there was a trend of people not dressing appropriately for court, and that he has noticed more people wearing pajama bottoms in public. He's got not issue with people wearing what they want in their day-to-day lives, but not when appearing in his office. More from WNEP16:

Long's exclusion of a particular pair of pants suggests there was more than a few people looking like they rolled out of bed when appearing before him. About two years ago, some Philadelphia courtrooms were experiencing a similar phenomenon that was addressed for a very different reason.

RELATED READ: Bedbugs, kids having kids and tragedy: a day in a Philly courtroom

A 2014 Philadelphia Inquirer story noted that there was a trend of friends and family of people being accused of a crime or the victims of crimes showing up wearing T-shirts proclaiming either the innocence or guilt of someone in the room.

One specific case led a judge to order those wearing the shirts to turn them inside out. More from the Inquirer:

It happened during the current trial of accused Catholic priest Andrew McCormick. This time, however, it was supporters of the 57-year-old priest who got the warning. On Feb. 27, the first day of McCormick’s trial for allegedly sexually assaulting a 10-year-old altar boy in 1997, several of McCormick’s friends came to the 11th-floor courtroom wearing black T-shirts covered with white stylized letters reading “I stand with Father Andy.”

As a court officer began warning spectators about turning off cell phones and not taking photographs he spotted the shirts: “I see T-shirts. Turn them inside out.”

The reason for the order was so that the shirts wouldn't influence the jury in any way. Later that year, McCormick was not re-tried after two hung juries.

In that case, like in Columbia County, the decision about the dress code was made based on the discretion of a specific judge. A person in the human resources department for the Philadelphia Courts said Tuesday that she wasn't aware of any overarching dress code. A guideline for jury duty in Philadelphia says casual attire should be worn "in keeping with the dignity of court proceedings," but doesn't exclude anything specific.

Other surrounding court systems vary in their specific dos and don'ts for what to wear in court. Delaware County says casual attire is allowed, but advises you to dress "appropriately." Bucks County is stricter, detailing a dress code that says men should wear collared shirts and women should wear a dress, a blouse with an "appropriate" skirt or long pants. The state of Delaware, like Bucks County, bars shirts that depict drugs, violence or profanities.

While Philly doesn't give specific guidelines (meaning you could theoretically wear sleep pants if you wanted to), you should probably dress nice, especially if you're the one on trial. Lawyers tend to suggest that what you wear can impact your trial, especially if a jury holds your fate in its hands.