New Jersey record blackfish caught off coast of Cape May 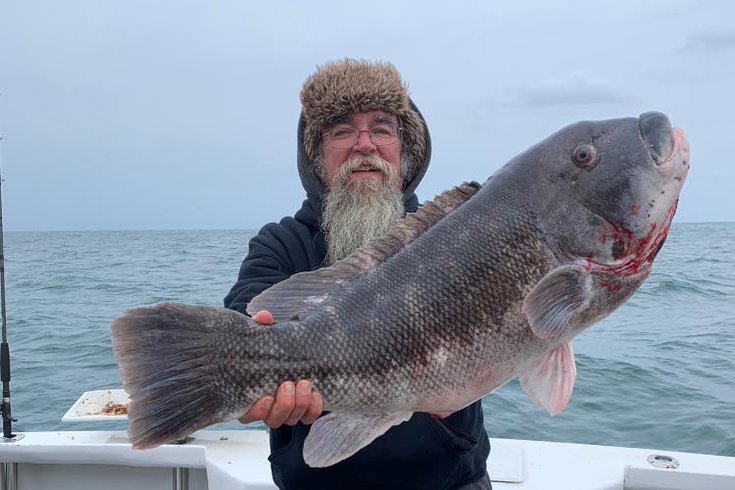 Chris Sullivan is pictured above with his record-setting 25-pound, 8-ounce blackfish caught aboard Fishin' Fever off the coast of Cape May, New Jersey on Dec. 20, 2020.

A Waretown man reeled in what looks to be a record-setting blackfish last weekend in Cape May, wrestling with a 25-pound, 8-ounce tautog to claim the new state mark.

Chris Sullivan was among a group on the charter boat Fishin' Fever, led by Captain Tom Daffin out of Utsch's Marina. An account of the catch was given by Frank Mihalic, who also was aboard Fishin Fever.

I am humbled to share with you my first hand account of todays events on Fishin Feever with Captain Tom Daffin....

Daffin told the Asbury Park Press that Sullivan battled with the blackfish for about a minute before he was able to pull it into the boat.

The previous state record for blackfish, 25 pounds and 5 ounces, was held by Frank LaMonte, who also made his catch on Fishin' Fever in 2015. The weight of the average blackfish, often called tog (short for tautog), is about one to three pounds.