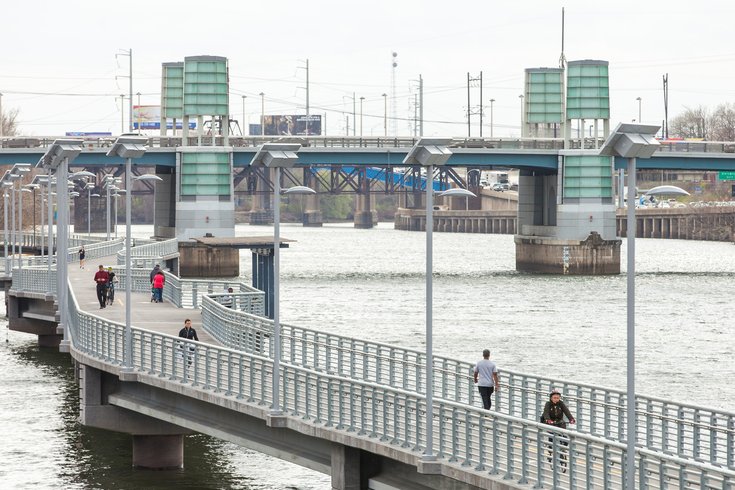 The South Street Bridge, above, and the Schuylkill Banks Boardwalk.

An ongoing endeavor to extend the Schuylkill River Trail southward just received a multi-million-dollar boost from the federal government.

U.S. Sens. Bob Casey (D-Pa.) and Pat Toomey (R-Pa.) announced on Tuesday that they had secured a $12 million grant from the U.S. Department of Transportation to help fund a $36 million project to connect the trail with the Grays Ferry Crescent Trail.

"Investing in the Schuylkill River Trail expansion isn’t just about enhancing another one of the City of Philadelphia’s many tourist attractions – this is an investment in the economy, health and growth of the city," Casey said in a statement.

The senators suggested in a press release that the announcement followed persistent lobbying for the move in Washington, D.C.

"This grant will help improve the trail even more by connecting Center City to Southwest Philly," Toomey said in a statement. "I was pleased to endorse the City’s application for this project." 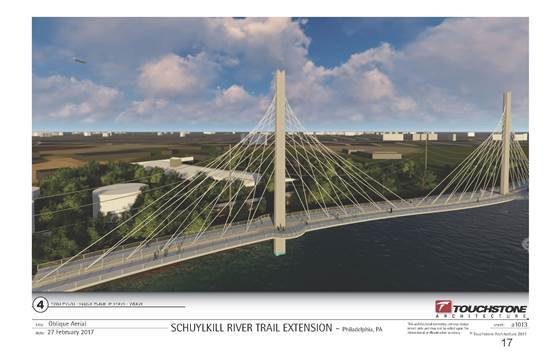 The city won the grant through the federal Transportation Investment Generating Economic Recovery (TIGER) program, which provides funding to successful applicants for infrastructure projects. The money will help fund the Schuylkill River Development Corporation's long-term goal of extending the trail from Christian Street to 34th Street and Bartram's Garden.

That phase of the trail's development is still in the design phase and is expected to undergo construction in 2020. The extension will run through an area that is still industrially active and will likely prompt developers to build a second boardwalk or similar structure.

"This is great news and will allow for the closing of this existing trail gap," SRDC President and CEO Joseph Syrnick said in a statement. "Congratulations to the city and thanks to Senators Casey and Toomey and the decision-makers at USDOT for their support of this grant and this project."

The state, the city, the William Penn Foundation and others plan to foot the remainder of the bill, according to the release.

The trail is ultimately expected to stretch nearly 130 miles from Philly to Pottsville in Schuylkill County.