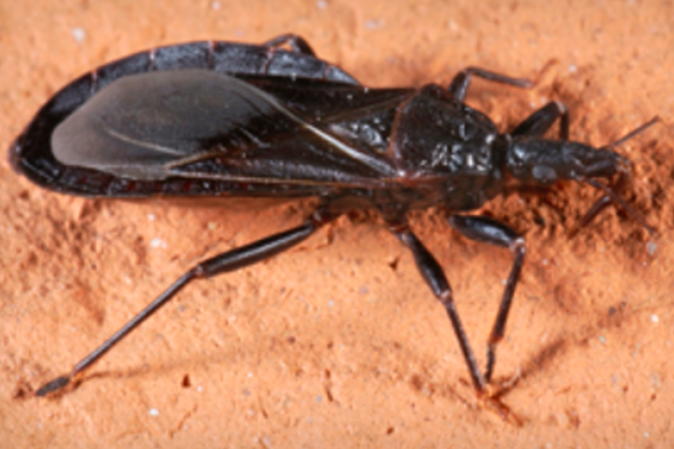 The Centers for Disease Control and Prevention (CDC) has issued a warning that a dangerous insect with the ability to transmit a potentially deadly disease has been spotted in both Pennsylvania and New Jersey, among other locations in the United States.

The insect, known as the "kissing bug," is identified as a triatomine or assassin bug, a nocturnal species that feeds on the blood of reptiles, birds and mammals, including human beings. Those who are bitten by kissing bugs run the risk of developing Chagas disease, a tropical parasitic infection that produces delayed symptoms – fever, swelling and headaches – that if left untreated can lead to life-threatening long-term health complications.

A map released by the CDC shows states that have reported and potential occurrences of kissing bugs, which are slightly larger than a penny in size and can survive under a range of environmental conditions. While they are a larger threat in South America, where they are able to infest the cracks and holes of substandard housing, in the U.S. they can be found near pet resting areas, in places of rodent infestation and near or under mattresses and night stands.

Better housing construction in the U.S., including plastered walls and sealed entryways, tends to prevent kissing bugs from accessing indoor areas, but the CDC warns immature stages of the bug could be an indication of an infestation.

The likelihood of getting Chagas disease from a bite in the United States is low, however an allergic reaction to the saliva of triatomines can sometimes produce severe side effects.

If you happen to see a kissing bug, the CDC urges that you do not touch or squash it. Instead, place a container on top of it and fill the cup with rubbing alcohol. If possible, you can freeze the bug to be brought to a local extension service, health department or university laboratory for species identification.