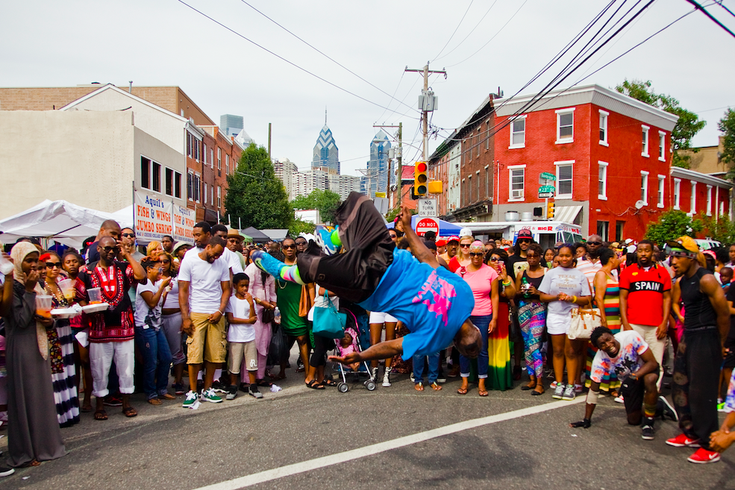 The Odunde Festival, held each June on Philadelphia’s South Street, is the largest African-American street festival in the nation.

The 43rd annual Odunde Festival, the street festival held annually in Graduate Hospital to celebrate African-American culture, is underway for the first time without its founder, the late Lois Fernandez.

Fernandez passed in August 2017 at the age of 81 after dedicating much of her life to political and cultural activism, including beginning the Odunde Festival in Philadelphia in 1975. Since then, the festival has grown to attract hundreds of visitors from around the world, becoming not only the largest, but the longest-running festival of its kind.

To honor Fernandez’s work, the 2300 block of South Street was renamed as Lois Fernandez Way in a ceremony held Saturday, on the eve of the festival. Councilman Kenyatta Johnson spoke at the event, alongside Fernandez’s daughter, Oshunbumi Fernandez-West.

Lois Fernandez showed so many how to have pride in themselves.
She created something that helps people all year long and culminates in this beautiful festival!
I am proud that I knew Lois Fernandez and was able to learn from her over the years 🙌🏽 #LoisFernandezWay @ODUNDE365 pic.twitter.com/w0Asy0BW0v

Councilman Kenyatta Johnson officiated in street renaming for Lois Fernandez in photo with her daughter Oshunbumi Fernandez and her son. pic.twitter.com/drnviqrZSd

“For me to be here, and see my mother’s name going up on a street sign where people told her 43 years ago that she would never survive, that Odunde was just a joke… I guess God and her got the last laugh,” Fernandez-West told CBS 3.