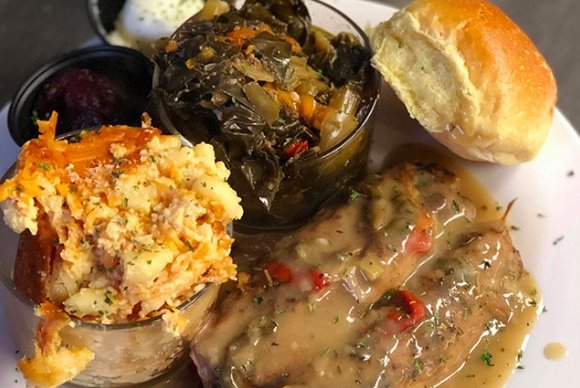 A new initiative has made its way to Philadelphia and next week will highlight the city's black-owned restaurants.

Unlike neighborhood-based restaurant weeks that pop up throughout the city and 'burbs, Philly Black Restaurant Week focuses instead on the city's African-American, African, and Caribbean cuisines. For the inaugural event, there are nine participating restaurants across six different neighborhoods.

Like most traditional restaurant weeks, the participating eateries will offer multi-course, pre-fixe menus, including options for breakfast, brunch, lunch, and dinner.

The event begins Monday, June 11, and runs through June 17. To kick off the week, The Enterprise Center is hosting a discussion panel about how to own a successful restaurant.

There are a couple other culinary events also scheduled to commemorate the week: On Tuesday, June 12, Chef Kurt Evans (currently at SOUTH) is hosting a four-course wine pairing dinner at the African American Museum of Philadelphia for a pop up called the Art of Flavor. Then on June 14, you can attend a Hennessy-sponsored bartending competition where guests vote on their favorite drinks.

The first Black Restaurant Week started in Houston in 2015. Since then the project has expanded to Atlanta and Oakland; this year New Orleans and Dallas also will host events for the first time.

Organizers hope to expand the number of participating restaurants and make the event two weeks long next year.

Take a look at the participating restaurants, menus, and more event information here.