Danny DiGiampietro, owner of Angelo's Pizzeria, is helping him out 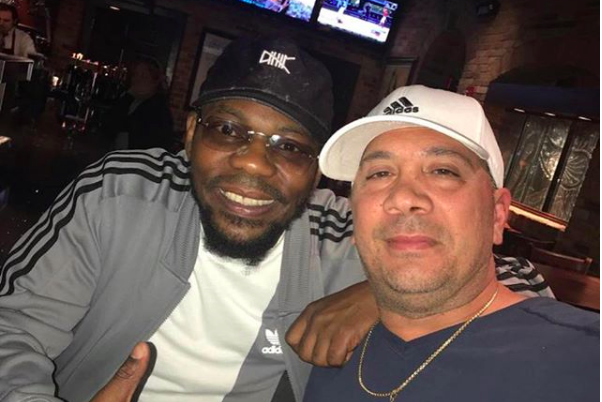 From the studio to the bakery, South Philly rapper Beanie Sigel's next business is bagels.

Sigel posted to Instagram about the apparent business idea, adding that Danny DiGiampietro, owner of Angelo's Pizzeria, is helping him out with "Beanie's Bagels."

DiGiampietro confirmed to PhillyVoice he's assisting the 44-year-old artist on the venture, but said there aren't a lot of details to divulge about it, as it's in the early stages of development.

DiGiampietro is currently in the process of moving Angelo's and its celebrated pizza and sandwiches from Haddonfield, New Jersey, to the old Sarconne's Deli storefront in South Philly. (He said he hopes to open in a month or so, and that the process has taken longer than expected.)

It's unclear what exactly Sigel has in mind for "Beanie's Bagels." We'll update this post if we can get in touch with him about the business.

Sigel has released six studio albums over his career. The most recent, "This Time," debuted in 2012. He's only a few years removed from surviving injuries after being shot outside his home in Pleasantville, New Jersey.

He's also had a couple high-profile beefs. First, there was the beef with his mentor, Jay Z, which has since ended.

Then, there's the long and storied beef with newly free Meek Mill, also a Philly native. Maybe they can make up over some bagels!