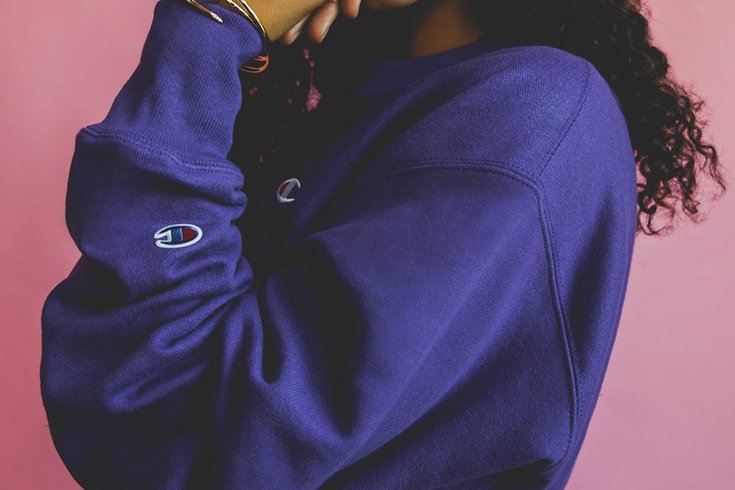 Sportswear brand Champion is marking its 100th anniversary by opening its first store in Philadelphia.

Champion, the long-running sportswear brand that last reached peek popularity in the '90s, is opening a new brick-and-mortar store in Center City later this month.

The brand, which has long been a maker of sports teams' uniforms, has seen a revival in recent years as more and more celebrities and social media stars return to it for a nostalgic, retro-tinged athleisure.

The new Champion store in Philly will be located at 1507 Walnut St., and it is scheduled to open to the public Saturday, March 23.

Champion's return is no accident, and has not gone unnoticed – Esquire even wrote a long piece about the trend a couple years ago, attributing some of Champion's renewed success to the rise of streetwear brands such as Supreme and Undefeated, writing, "the brand has been able to leverage this new surge of interest into one of the most impressive comebacks of any label in recent memory.

"In certain corners of the style world, Champion seems almost as ubiquitous as it was during its heyday."

That first snow fall is on its way ❄️ #UOxChampion

A post shared by Urban Outfitters Philadelphia (@uophiladelphia) on Nov 15, 2018 at 6:45am PST

Though the Champion "C" logo is associated by many with the clothing maker's latest resurgence, 2019 actually marks the label's 100th anniversary, originally founded in 1919 as the Knickerbocker Knitting Company. Its first major signing was to produce uniforms for the University of Michigan Wolverines' teams.

Tailored to fit in in Philadelphia, the new boutique retail space will be outfitted with Champion Philadelphia sports memorabilia and Philadelphia Champion gear exclusive to Philly. The store also will feature art installations from local artists Ishknits and Alloyius Mcilwaine.

The Walnut Street location marks Champion's fifth U.S. store to open in the last year, and the brand's first official introduction to Philadelphia. Other Champion locations include stores in New York, Los Angeles, and Chicago.