The Hall of Famer called the situation 'a joke,' but said blame can be spread around 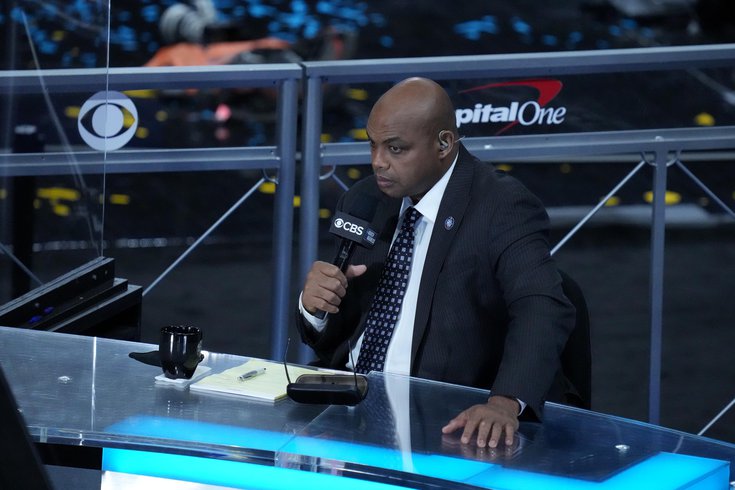 'It's a joke. It's stupid and it's silly,' Charles Barkley says about the ongoing feud between Ben Simmons and the Sixers.

Charles Barkley has had enough of the never-ending soap opera between Ben Simmons and the Sixers.

After the disgruntled star was kicked out of practice Tuesday and suspended one game due to conduct detrimental to the team, Barkley said both Simmons and the franchise deserve blame for the ongoing drama.

"It's a joke. It's stupid and it's silly," Barkley said during TNT's NBA pregame show Tuesday night. "First of all, it's everybody's fault. Ben Simmons deserves, No. 1, the blame because when people ask you to be a better basketball player and they're paying you $35-$40 million, that's a very fair thing. The Sixers deserve some blame because they already let this guy not improve and get one coach fired, so there's some blame for that. They threw Brett Brown under the bus."

The Sixers legend also blamed head coach Doc Rivers for leaving Simmons on the floor in games last season when the 25-year-old wouldn't shoot the ball. But Barkley reiterated that Simmons was most responsible for the current state of affairs.

The Basketball Hall of Famer warned that teams aren't going to want to trade for Simmons because of his offensive struggles, but said that the Sixers will be better once the former No. 1 pick is out of Philly.

"You can't have a guy [who's afraid to shoot] on your team," Barkley said.

Barkley also credited Joel Embiid for speaking out amid the ongoing feud. Embiid said it's not his job "to try to babysit somebody" after Rivers threw Simmons out of practice for not participating in a defensive drill.

"Joel Embiid needs to say, 'Listen man, I'm the best player here. This is my team. I ain't got time for this BS that this dude's got going on. Doc [Rivers], Elton Brand, Daryl Morey, let's keep it moving man,'" Barkley said.

After the Sixers lost Game 7 of the Eastern Conference Semifinals at home to the Atlanta Hawks last season, Barkley slammed Simmons for being "scared to death" to shoot at the end of the game. Simmons had passed off a wide-open dunk in the fourth quarter.

The three-time All-Star rejoined the team last week after holding out for most of training camp, hoping that the organization would fulfill his trade demands. But since reporting, Simmons has been described as "going through the motions" during individual workouts and practices.

Despite being back with the team, no final resolution between Simmons and the Sixers appears in sight. But as the saga drags into the regular season, and his teammates and coaches wear thin over the standoff, it's becoming more difficult to imagine that Simmons takes the floor again at the Wells Fargo Center with the Sixers. And if Simmons does, he's sure to be met with a chorus of boos from the fans.