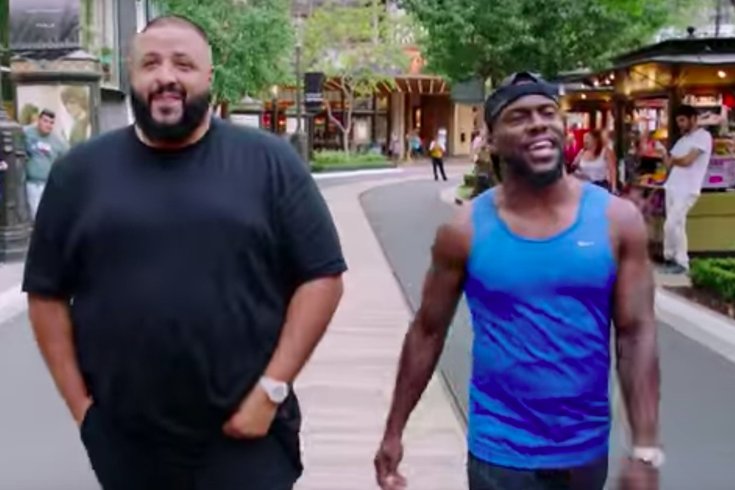 DJ Khaled and Kevin Hart in "What the Fit."

Kevin Hart offered us a peak of his upcoming YouTube comedy series with the official trailer for “Kevin Hart: What the Fit.”

After appearing on “Conan” to talk his drunken mission to hold the Philadelphia Eagles’ Lombardi trophy, Hart and Conan O’Brien took a crack at sumo wrestling, showing a clip from the series in which Hart tries uncommon workouts with different celebrities.

Viewers can expect to see Tiffany Haddish, Leslie Jones, Bill Hader, Chance the Rapper, Khloe Kardashian, James Corden, the Los Angeles Rams, and many others alongside the comedian. From the looks of the trailer, it looks like they’ll be trying bodybuilding, beer yoga, firefighting and, for reasons currently unknown, dressing up as cowboys.

The series, which will stream from Hart’s Laugh Out Loud Network YouTube channel, has been long in the making, first announced by YouTube last May.

“What the Fit” will air its first episode Thursday, March 15, with new episodes every Thursday and Friday.