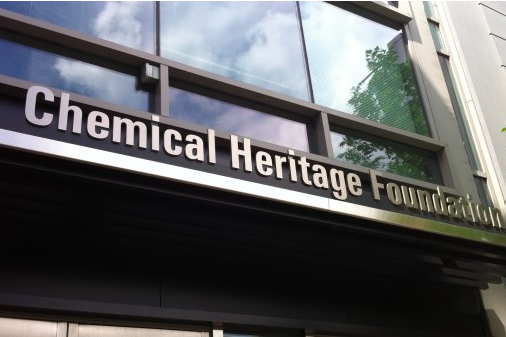 Philadelphia's Chemical Heritage Foundation announced Wednesday that it will merge with the Life Sciences Foundation of San Francisco, combining efforts to cover the history of the chemical sciences, life sciences, biotechnology, and engineering.

Launched in the early 1980s, CHF took its current form as a nonprofit organization in 1987. With a focus on how the science and technology of matter and materials impact the modern world, CHF serves as a research center and museum — collecting, preserving and exhibiting historical artifacts in chemistry. It also holds educational events both at its Old City location and at other venues around the city.

The Life Sciences Foundation, established in 2010, concentrates on the contemporary history of biotechnology, focusing on education through first-hand accounts of major discoveries.

According to a news release, the two organizations began discussing collaboration two years ago. Recognizing the similarity between their plans and ambitions, the leadership of both organizations decided earlier this year to join the institutions. Together they will maintain many of the programs begun independently, but will pool resources and scholarship to ensure that future generations have a comprehensive place to interact with history.

"These two outstanding organizations both deal with the wonderful history of their complementary fields," said Robert Langer, David H. Koch Institute Professor at MIT. "As a member of the CHF board and as a longstanding member of the biotechnology community, I couldn't be more pleased to see these two terrific organizations come together."

Laurie Landrieu, chair of CHF's Board of Directors, said the organizations will continue to explore how science interacts with engineering, technology and industry. "Together, CHF and LSF will work to share the history of science both with those who participate in the sciences and the broader public whose everyday life is affected by these disciplines."

"I believe this merger is in the best interests of LSF and the life sciences community, and will significantly advance our efforts to capture and share biotech's increasingly significant history," added Carl B. Feldbaum, chair of LSF's board of directors.

With the merger expected to close in November, the combined organization will be headquartered in Philadelphia, while some offices will remain in San Francisco.