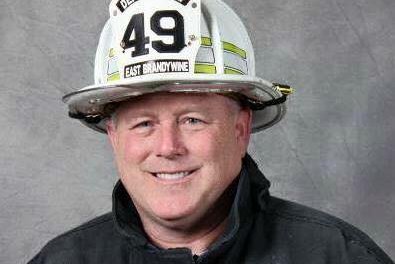 A routine workout became an exercise in heroics for a Chester County fire chief Friday when a fellow gym patron had a sudden medical emergency.

According to a Facebook post from the East Brandywine Fire Company, Deputy Chief Joe Edwards was at the Planet Fitness in Downingtown when someone went into cardiac arrest.

Edwards immediately started performing CPR, according to the post, and used a defibrillator to administer shocks to the person.

Thanks to Edwards, the gym goer regained pulses and was taken to the hospital.

Many praised the chief for his life-saving act on the Facebook post, which has more than 4,000 likes and has been shared more than 300 times.

The compliments weren't only for his actions. "Really cute picture," wrote Terry Kilgarif, adding "I love your smile!"