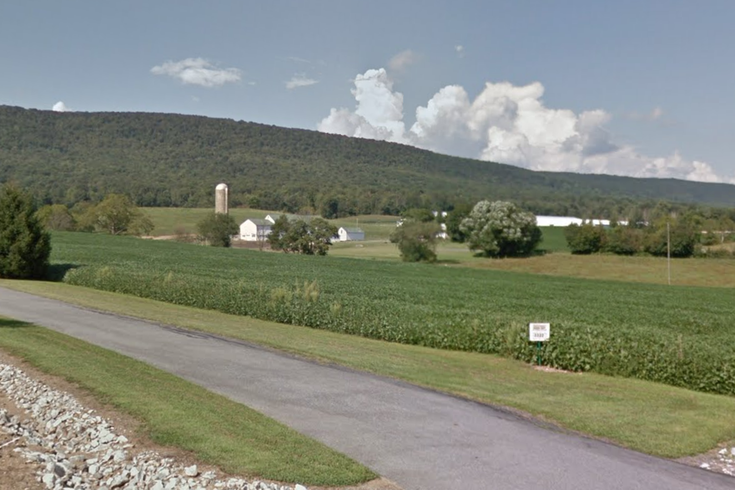 The fire at A&L Farm in Berks County on Tuesday killed approximately 28,000 chickens and destroyed the farm's 600-foot-long chicken barn. There were no injuries to farm employees and the fire remains under investigation.

A fire at A&L Farms in Berks County killed approximately 28,000 chickens Tuesday night and left the barn a “total loss”.

The fire broke out around 7 p.m. Tuesday night at the barn in Upper Bern Township, according to the Associated Press, and decimated the farm’s 600-foot-long chicken barn. No injuries to farm employees or fire responders were reported, and the fire was under control by 9:30 p.m.

When fire crews arrived at the scene, part of the barn’s roof had collapsed and fire had engulfed the entirety of the structure, according to the Reading Eagle. A state police fire marshal said the damage to the barn is believed to be millions of dollars.

According to the Shartlesville Community Fire Company’s Facebook page, responders were able to save the farm’s egg processing facility and two nearby barns.

Reduced to rubble. This is the aftermath of a farm fire in @BerksCounty that left 28,000 chicken dead. A closer look on @PBS39News at 6:30 PM. pic.twitter.com/GrCeuCSgwH

Just four years ago, a fire at the same farm destroyed an entire chicken barn, but the barn itself was empty at the time. The damage for that fire was estimated at nearly $1.7 million, just for the destruction of the chicken barn.

Trooper David Beohm, of the Pennsylvania State Police, told the Eagle it isn’t clear what caused the fire, but an investigation is ongoing and will likely take days to complete.