Children who use screens before bedtime may have trouble sleeping

Kids who struggle to self-regulate behavior most impacted, study finds 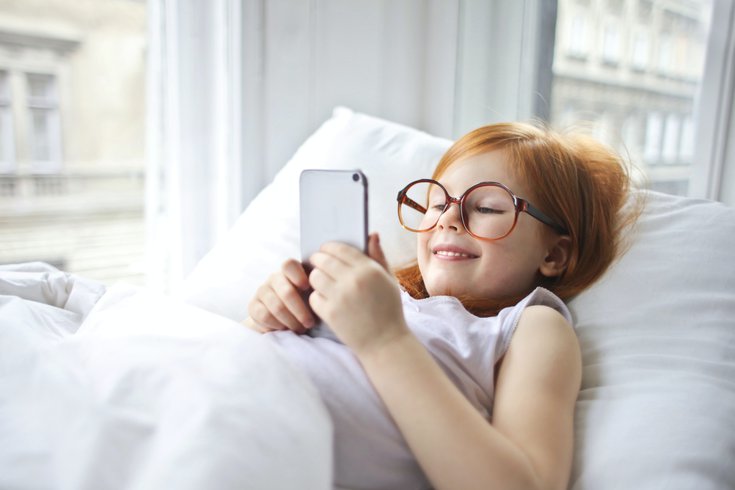 Screen time in the hour before bedtime may cause some children to get less sleep, particularly children who have trouble self-regulating behavior, a new study finds.

Frequent media use in the hour prior to bedtime may be causing some children to get less sleep, according to Arizona State University researchers.

Children who have difficulties self-regulating behavior were the most impacted by bedtime media use in a study of 547 twin children ages 7-9.

"Among kids who used the same amount of media in the hour before bed, we found differences that were explained by a personality characteristic called effortful control," said senior author Leah Doane, an associate professor of psychology at Arizona State.

"Kids who score low on measures of effortful control are the ones who struggle to wait to unwrap a present or are easily distracted. We found a strong association between media use in the hour before bed and when these kids went to sleep and how long they slept."

The parents of the children involved in the study were asked to track the children's media use and sleep patterns in a daily journal. They also completed a survey on their child's temperament, including measures of effortful control.

Since effortful control is more of a personality characteristic, the researchers said it can be difficult to change. The best way a parent can help their child get more sleep is to create more consistent sleep and media use schedules.

The study was published in the journal Psychological Science.