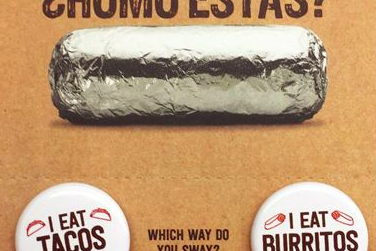 Chipotle will test chorizo on the menus at its restaurants in the Kansas City area.

Chipotle announced this week that it will be testing a new meat option in its Kansas City-area restaurants, the Huffington Post reports.

The new menu addition, chorizo, would be the first addition since braised tofu sofritas debuted.

Chipotle has actually experimented with the Mexican sausage before, when it added chorizo at most of its New York City restaurants and D.C.-area airport locations in 2011.

At the time, the recipe for chorizo was designed by star chef Nate Appleman, whom Chipotle hired as a culinary consultant in 2010. Indeed, these sausages were easily the James Beard Award winner's most high-profile contribution to the company -- but they kind of bombed. The test failed. The company decided not to expand chorizo to locations across the country.

"Ultimately, we didn’t like that recipe, but liked the idea," Chipotle spokesman Chris Arnold explained in an email to The Huffington Post. "This one is a different recipe, and we’re really happy with it."

While chorizo is traditionally made with just pork in Mexico and Spain, Chipotle's recipe uses pork and chicken.