Starbucks is also on board, and Taco Bell may be next

The new tofu "Sofrita" from Chipotle.

Have you ever had an intense hankering for a burrito bowl and guacamole, but couldn’t pull yourself away from your bed and Netflix binging to satisfy the craving?

Well, there's big news for people like you (and us): Chipotle has announced that it now delivers in 67 cities in the United States, including in Philadelphia.

Yes, you read that right: burritos in bed. 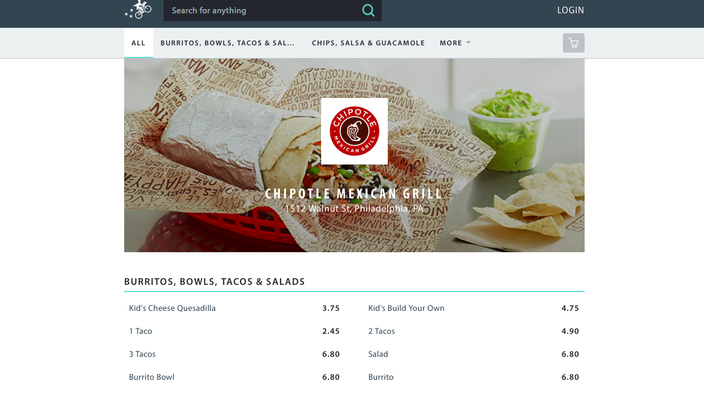 The Mexican food chain made the announcement Thursday. To make it happen, the chain has partnered with Postmates, a San Francisco app-based delivery service that works with private contractors. The service will available in cities where Postmates operates, including Philadelphia.

About 75% of the orders are delivered by car and the other 25% are delivered via scooter or bicycle, Postmates co-founder Bastian Lehmann told USA Today.

Deliveries from Postmates begin at $5 if they're within about a 1-mile radius of the store — and go up from there.

According to USA Today, Starbucks also has plans to test delivery service with the very same third-party operator in the Seattle area later this year, and Taco Bell may be next.