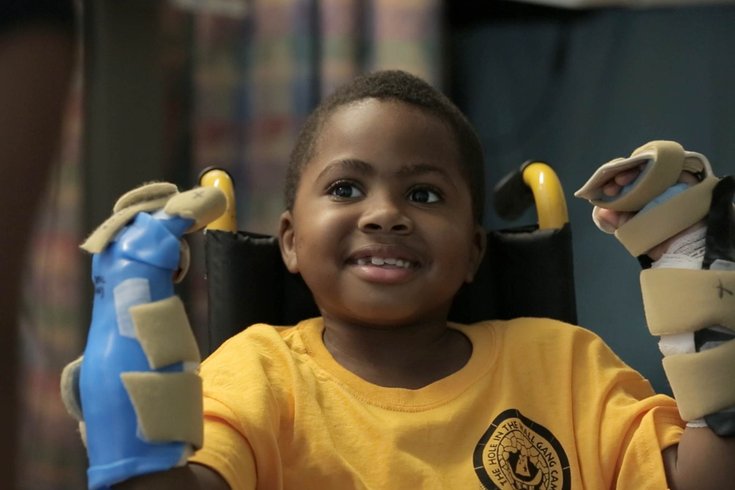 Two-and-a-half years after Zion Harvey became the world's first child to receive a bilateral hand transplant, researchers at the Children's Hospital of Philadelphia have found that the boy's brain dramatically remapped itself to respond to his newfound dexterity.

Harvey underwent intensive surgery at CHOP in July 2015, when he was just eight years old. The Baltimore native had lost his hands and feet at the age of two after a life-threatening infection required their amputation and a kidney transplant.

In the years leading up to his groundbreaking surgery, Harvey had learned to get by with prosthetic feet and the use of his digitless forearms, teaching himself how to write, eat and play video games.

A team of radiologists at CHOP's Biomagnetic Imaging Laboratory tracked patterns of somatosensory representation in Harvey's brain, mapping out the signals from nerve sensations that correspond to his hands.

“We know from research in nonhuman primates and from brain imaging studies in adult patients that, following amputation, the brain remaps itself when it no longer receives input from the hands,” said William Gaetz, a radiology researcher in the CHOP. “The brain area representing sensations from the lips shifts as much as 2 centimeters to the area formerly representing the hands.”

if Harvey's massive cortical reorganization occurred at the time his hands were amputated, the researchers were happy to report evidence that his brain has since reverted to a more typical pattern.

"We had hoped to see MCR in our patient, and indeed, we were the first to observe MCR in a child,” Gaetz continued. “We were even more excited to observe what happened next—when the patient’s new hands started to recover function. For our patient, we found that the process is reversible.”

To complete the study, researchers used magnetoencephalography (MEG) to measures magnetic activity in Harvey's brain. This technique enabled the team to detect the location, signal strength and timing of the Hervey's responses to sensory stimuli applied lightly to his lips and fingers.

The experiments were conducted four times in the two years since Harvey's surgery, with similar tests performed on five healthy children who served as age-matched controls.

During Harvey's first two visits, his fingertips didn't respond to tactile sensation, but when experimenters touched his lips, the MEG signal registered in the hand area of his brain’s cortex. There was a delay of 20 milliseconds compared to the control subjects.

“These results have raised many new questions and generated excitement about brain plasticity, particularly in children," Gaetz said. "Some of those new questions include, what is the best age to get a hand transplant? Does MCR always occur after amputation? How does brain mapping look in people born without hands? Would we see MCR reverse in an adult, as we did in this patient? We are planning new research to investigate some of these questions.”

Harvey, now 10 years old and back home in Maryland, continues to make strides toward physical independence and an improved quality of life.

Results from the current study can be found in the December edition of Annals of Clinical and Translational Neurology.