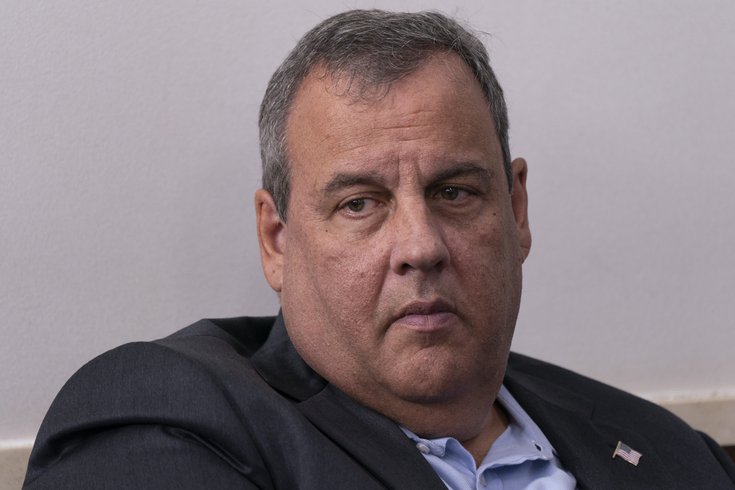 Christie, recently out of the hospital after suffering from COVID-19, made what he believed was a genuine appearance on the social media platform Cameo. The site connects celebrities and public figures with fans who can pay the celebs to record personalized video messages that are then delivered to another person of the fan's choosing.

2020 Election Guide: Everything you need to know to vote in New Jersey

On Wednesday, Christie received an order on Cameo from Mike Cooney, the Montana candidate. Cooney requested a special message for a person named Greg, who once lived in New Jersey. He asked Christie to convince Greg to move back to New Jersey.

Christie didn't recognize who Cooney was, and didn't realize the message was for Greg Gianforte, the Republican candidate for governor in Montana.

"I understand you left Jersey some time ago for work, and that happens sometimes. But Jersey never really leaves you, does it?" Christie tells Greg in the video. "Think about everything we've got here. We’ve got Taylor Ham. We’ve got Bruce Springsteen. We've got Jon Bon Jovi. We’ve got the Jersey Shore. We’ve got the boardwalks. We’ve got all that stuff back here that is waiting for you."

In a tweet Thursday morning, Christie blasted Cooney and the Democratic Governors Association, which issued a press release on Cooney's prank.

Shame on @CooneyforMT. Same to @DemGovs. I am doing Cameo to benefit a NJ charity that shelters & treats drug & alcohol addicted pregnant women & they send this misleading request and then push it out as a shot of @GregForMontana. I SUPPORT Greg Gianforte for Governor-absolutely! pic.twitter.com/ey1DB8sSBP

The former New Jersey governor said he signed up for Cameo in order to benefit a New Jersey charity for woman struggling with drug addiction.

Cooney, responding to Christie's tweet, made light of the situation.

1. Always happy to contribute to a worthwhile and important cause

2. I look forward to one day laughing about this on the boardwalk over a Taylor ham (?) https://t.co/eXfNo66mYd

A spokesperson for New Jersey Gov. Phil Murphy, who chairs the Democratic Governors Association, told NJ Advance Media that Murphy had nothing to do with the cameo prank.

Gianforte currently holds an 8-point lead over Cooney in an average of polls monitored by RealClearPolitics.