Could a 'really dumb bet' lead to a Ken Flajole tattoo?

Of all the wacky wagers being made over Super Bowl LII, one struck up by Chris Long and the Eagles' linebackers coach, Ken Flajole, may take the cake.

Heck, even Long himself calls it a "really dumb bet."

In an interview with NFL Network on Monday, the Eagles defensive end said he agreed to get a specific tattoo if the Eagles knock off the New England Patriots on Sunday for their first-ever Super Bowl title. 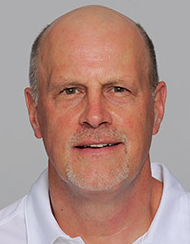 Ken Flojole's face may just be Chris Long's next tattoo.

"I made a really dumb bet with my linebacker coach that I would get a portrait of his face if we won the Super Bowl," Long, who already sports an impressive amount of ink, told longtime NFL receiver and current NFL Network analyst Steve Smith. "Look him up on Google. Hopefully I'll have a Ken Flajole tattoo."

A day earlier, Long dropped slightly bigger news on Sunday when he became the first Eagle to declare that he will once again turn down the traditional invitation to the White House if the Eagles win.

Long, who signed a one-year deal with the Eagles in the offseason, was among a number of Patriots who skipped the visit after winning the Super Bowl last year, largely because of the election of President Donald Trump.

.@JOEL9ONE made a bet with his linebacker coach...

If the @Eagles win #SBLII, he has to get a portrait of the coach tattooed on him 👀 pic.twitter.com/UCfbbef6vh